The US on Friday issued a first wave of visa sanctions on current and former Chinese officials over efforts Washington says are intended to undermine Hong Kong’s autonomy.

Secretary of State Mike Pompeo did not disclose the names of the officials in-line with US policy not to publicly discuss individual visa matters, but said they have been involved in “eviscerating Hong Kong’s freedoms,” and have violated the pact that ceded the semi-autonomous territory from the UK to China.

“The CCP has stepped up efforts to undermine Hong Kong’s high degree of autonomy by announcing Beijing’s authority to ‘supervise’ Hong Kong’s governance, accusing at least one member of Hong Kong’s Legislative Council of misconduct, and moving to unilaterally and arbitrarily impose national security legislation on Hong Kong,” he said in a statement.

He was referring to the Chinese Communist Party. In addition to the officials, their family members may also be subject to the visa sanctions.

Hong Kong, a semi-autonomous region under China since 1997, witnessed large-scale protests last year against a move to legalize extradition of accused persons to mainland China.

The US, UK, Australia and Canada have repeatedly expressed “deep concern” over Beijing’s decision to impose a national security law on Hong Kong.

Beijing rejects the criticism, warning them to refrain from meddling in its “internal” affairs.

But Pompeo continued to call on China to “honor its commitments and obligations” in the agreement that transferred Hong Kong to China under a “One country, two systems” principle that guarantees the region significant autonomy from the central government.

“Hong Kong’s high degree of autonomy and the full implementation of the Sino-British Joint Declaration, as well as respect for human rights, are of fundamental importance. The United States will continue to review its authorities to respond to these concerns,” he said. 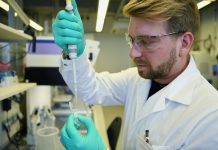 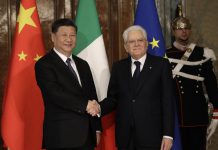 Santas gather across the UK for festive charity runs