The recent rally in crude prices could drive U.S. oil production to a record annual average of 10 million barrels a day in 2018, a U.S. energy agency said Tuesday.

In its monthly forecast, the U.S. Energy Information Administration (EIA) said it expects U.S. crude production to rise by an average of 800,000 barrels a day next year.

Meanwhile, oil demand is expected to pick up from 1.4 million barrels a day this year to 1.6 million next year. But the EIA believes that demand is not going to keep up with growing supplies, and that could result “in global liquids inventories increasing modestly in 2018.”

The EIA believed U.S. oil prices could average 57 U.S. dollars a barrel in 2018, about 2 dollars per barrel higher than its previous forecast last month. 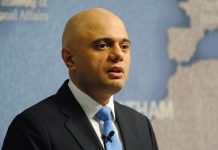