BEIRUT (Reuters) – Turkish military vehicles crossed the Syrian border into Idlib on Sunday, a local resident and a local rebel said, after Ankara announced an operation by rebel groups in the area, which is controlled by rival jihadist alliance Tahrir al-Sham.

Both sources said the vehicles travelled under escort from Tahrir al-Sham, whose fighters accompanied them along a road. However, the jihadists and the Turkish military had earlier exchanged fire in a nearby area.

Turkish President Tayyip Erdogan said on Saturday that Syrian rebels backed by Turkish forces would launch an operation in Idlib and warned that Turkey would not allow “a terrorist corridor” near its borders.

The operation follows a deal between Turkey and Syrian President Bashar al-Assad’s allies Russia and Iran to impose a “de-escalation” zone in Idlib and surrounding areas to reduce warfare there, an agreement that did not include Tahrir al-Sham.

Reuters witnesses, the local resident and local rebel, and the Syrian Observatory for Human Rights, a Britain-based war monitor, said the Turkish military and Tahrir al-Sham exchanged fire near the village of Kafr Lusin in Idlib early on Sunday.

The clashes involved Tahrir al-Sham firing on a Turkish bulldozer removing sections of a border wall and Turkish artillery returning fire, the local resident and rebel and the Reuters witness said.

Idlib and neighbouring parts of northwest Syria represent the country’s biggest and most populous rebel stronghold, home to more than two million people, many of them refugees from other regions.

Rebel groups taking part in the operation — part of the Euphrates Shield campaign that Turkey has backed with armour and troops in another part of Syria to the east of Idlib since last year — said on Saturday they expected it to start very soon.

Tahrir al-Sham said any incursion into Idlib would “not be a picnic” for its enemies.

Tahrir al-Sham is spearheaded by the former Nusra Front, which was al Qaeda’s Syrian branch until last year, when it changed its name and broke formal allegiance to the global movement founded by Osama bin Laden.

It has been a formidable military force since early in the conflict, often fighting alongside other rebel groups, but since early this year it has battled them as it tried to gain control over areas including Idlib.

Turkey has been one of the biggest supporters of rebels fighting Syrian President Bashar al-Assad during the six-and-a-half-year war, but its focus has moved from ousting him to securing its own border. 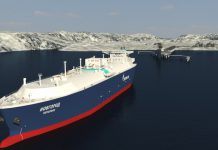 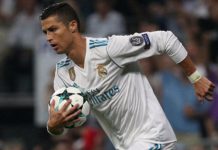 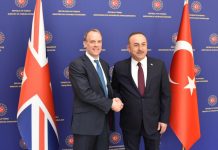 We support Turkey’s efforts to re-establish the ceasefire agreed in 2018...