Aleppo may have fallen, but the civil war in Syria is not over. Fighting is still fierce in the province of Hama, long the object of a power struggle between different forces. Birgit Svensson reports from Sulaymaniyah.

As the bloody battle for Aleppo nears its end, the fighting in Syria still continues on multiple fronts. In the central Syrian province of Hama especially, people are being killed and wounded almost every day. Most recently, the aid organization Union of Medical Care and Relief Organizations (UOSSM) reported that several places in the province had been the targets of poison gas attacks, with fighter jets dropping bombs on Tuesday on several villages in jihadist hands. More than 90 civilians are said to have been killed, and about 300 more injured.

Doctors in the area reported the attacks to UOSSM, giving details about the victims and their symptoms. A spokesperson for the organization said that “an odorless and colorless chemical was deployed” that attacked the victims’ respiratory tracts.

It’s hard to ascertain where exactly the front line runs through Hama. The terrorist militia that calls itself “Islamic State” is entrenched in some of the villages around the provincial capital – also called Hama – which is controlled by Assad’s troops. However, rebel groups are also active in the area.

Those who don’t want to kill, leave

By contrast, the aims of the dictator Bashar al-Assad are clear. “What Assad wants more than anything else is to conquer the rebels,” says a man who calls himself Dahoud. A Syrian Christian who fled Hama, Dahoud is tall and elegant in suit and tie. Thanks to his good English, he found work with an international company in the Iraqi Kurdish city of Sulaymaniyah.

The 27-year-old insists that he is not a refugee; he describes himself as a guest worker. “Because a lot of Syrians who didn’t want to go into the army have left their homeland.” Those who don’t want to kill people leave, he says. Muslims and Christians have that in common.

“If you have a job and a work permit outside of Syria, you can be exempt from military service for four years,” Dahoud explains. Afterwards, men must either return to Syria to do their national service or buy their freedom for 8,000 US dollars (7,644 euros).

Dahoud has been in Iraqi Kurdistan for more than three years. He still doesn’t know what he’ll do next year, when the exemption period runs out. One thing is certain, he says: “There’s no way I want to shoot my own people.”

City and province being targeted

Dahoud tells of Maharda, a village 23 kilometers (14 miles) northwest of Hama inhabited only by Christians. It comes under attack almost every day, he says – sometimes by Islamist groups, sometimes by government troops. The situation is constantly changing back and forth, with the Christians caught in the middle.

Hama, on the other hand, is firmly in government hands. The city is not only strategically important; it’s also highly symbolic for Syria. Situated on the main highway between Aleppo and Damascus, it’s one of the country’s oldest inhabited metropolises.

Before the start of the uprising against Assad almost six years ago, Hama had a population of 900,000. Now it’s around 1.5 million. When the civil war broke out, many people fled to the city from other parts of the country, says Dahoud, because it’s safer there. In the city, there’s still a kind of normality to everyday life: His sister and brother go to university there, and his parents go to work. But you’re better off staying at home in the evening – at the moment people are being kidnapped for ransom money. Dahoud explains that his “guest worker” status means he’s able to return to Syria to visit his family. He was last there in the summer.

Dahoud goes into raptures talking about Hama. Ever since Roman times the city has had a lot of watermills, he says: 126 of them. He plays a short video on his smartphone, showing children clambering onto the spokes of the wheels and letting themselves be lowered into the water. These images of peaceful times seem almost unreal today. In the spring of 2011, when Dahoud’s hometown became a center of anti-regime protest, the Syrian army marched into the town and killed a lot of people.

Ibrahim Qashush, the author of the revolutionary song “Yalla, Irhal ya Bashar” [“Come on, Bashar, it’s time to go”] was from Hama. He was apparently found with his throat cut just days after the army marched in. Now a photo has turned up online that claims to show him somewhere in Europe, supposedly living in exile. Dahoud is skeptical.

Where you live equates to political allegiance

The Syrian army has already instigated one bloodbath in Hama. In February 1982 government troops moved against members of the Sunni Muslim Brotherhood, who had turned the city into a center of resistance. An estimated 30,000 people were killed, and the city was devastated, particularly the historic old town. This massacre resulted in the then-president, Hafez al-Assad, being dubbed the “Butcher of Hama.”

Back then, Dahoud says, Christians felt threatened by the Islamists and saw Assad as their protector. But they are divided in their attitudes towards his son, Bashar. Those still in Syria would support him, says Dahoud: “The others have fled the country.” He explains that anyone living in Hama or Damascus, and soon in Aleppo too, is pro-Bashar. He himself doesn’t want to take sides. “I just want to live in peace,” says the young Syrian despondently. He knows his wish is unlikely to be fulfilled any time soon. 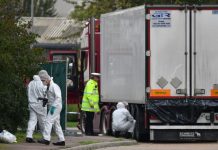 Turkey to drill first well in Mediterranean Sea this month