KIEV Ukraine and Russia-backed separatists accused each other of resuming artillery attacks in east Ukraine on Saturday, breaking a lull in shelling at a frontline hot-spot that had raised hopes the conflict’s worst escalation in months was waning.

The reports came hours before a planned telephone call between Ukrainian President Petro Poroshenko and U.S. President Donald Trump, whose aim to improve relations with Moscow has alarmed Kiev while the east Ukraine conflict remains unresolved.

Kiev said pro-Russian rebels had resumed firing heavy artillery at government troop positions in the industrial zone of the town of Avdiyivka.

The area has been at the centre of intensified shelling during the last week in which more than 40 people have been killed in both government- and rebel-held areas.

Security monitors for the Organisation for Security and Cooperation in Europe (OSCE) also said shooting had interrupted work to repair power lines near Avdiyivka, thousands of whose citizens have been without electricity since Monday in freezing winter temperatures.

The reports followed a period of relative calm in Avdiyivka overnight on Friday and early on Saturday, although the Ukrainian military and separatists had reported attacks on other parts of the front line.

Separatist officials said shelling from the Ukrainian side at 1130 GMT (12.30 p.m. GMT) had hit electricity lines in rebel-held territory, cutting off all power to the town of Horlivka, which has more than 250,000 residents.

The past week’s escalation has brought global attention back to the simmering conflict, which has seen periodic surges in violence in defiance of the two-year-old ‘Minsk’ ceasefire agreement.

Fighting between government troops and separatist rebels first broke out in April 2014, after a pro-European uprising in Kiev ousted a Moscow-backed president. About 10,000 have been killed since.

The call between Poroshenko and Trump, scheduled for 2145 GMT, will be the first since the U.S. president’s inauguration and its outcome will be closely scrutinised for signals on Trump’s policy on Russia.

Last week, Trump said it was too early to discuss easing sanctions against Russia, but emphasised that he wants to carry through on his campaign pledge to pursue better ties with the Kremlin.

Russia has been hit with U.S. and EU sanctions for its involvement in the nearly three-year-old conflict and annexation of Crimea. The Kremlin denies accusations that it supports the separatists with troops and weapons. 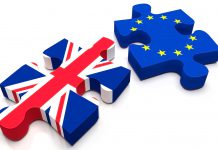 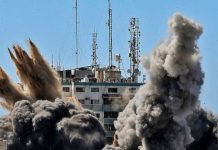 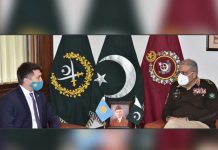