Hong Kong police placed a dragnet around the financial hub’s legislature on Wednesday and fired pepper-ball rounds in the commercial district as they tried to stamp out protests against a bill banning insults to China’s national anthem.

Wednesday’s protests were sparked by a planned afternoon debate among lawmakers to criminalize insults to the national anthem with up to three years in jail, the latest measure activists say is eroding freedoms in the city. Police surrounded the legislature with water-filled barriers and fanned out across the city to conduct widespread stop-and-search operations in a bid to deter mass gatherings. A few hundred protesters held brief lunchtime rallies in Causeway Bay and Central districts, the latter broken up by officers firing crowd-control rounds filled with a pepper-based irritant.

Gatherings of more than eight people in public are currently banned in Hong Kong under emergency anti-coronavirus measures, although the city has halted its outbreak. Under the “one-country, two-systems” model agreed before the city’s return from Britain to China, Hong Kong is supposed to be guaranteed certain liberties until 2047 that are denied to those on the mainland. The deal fueled the city’s rise as a world-class financial hub and gave Chinese companies a crucial channel to raise capital. But in recent years political unrest has swept through the city, something Beijing’s communist rulers are determined to end. 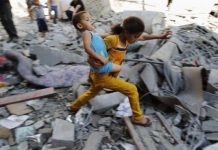 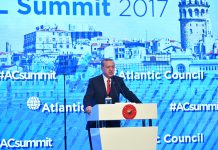 US Must End Support of Kurdish Groups and Handover Gulen: President... 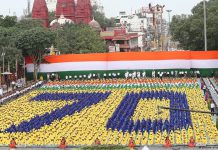 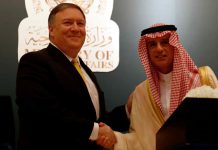