The Government’s preferred candidate for chairman of NHS England has told MPs he used private healthcare last year for treatment.

Richard Meddings, the former chairman of TSB Bank group, said he used private care in 2021 after being diagnosed with a DVT – a blood clot in a vein.

In a pre-appointment scrutiny hearing by the Health and Social Care Committee, Mr Meddings stressed he was a user of the health service and had private health insurance as part of the perks from his previous banking roles.

Asked whether he previously had or has private health insurance, he told MPs: “I have. One of the aspects of the financial service industry is, probably from when I was in my mid 20s, I think it’s been part of the remuneration package has been the offer of private health.”

Asked when he last used it, Mr Meddings said: “I had what turned out to be an unprovoked DVT late last year.

After describing recent dealings with his GP, he added: “So actually, I am an absolute user of the health service. I’m passionate in believing in what it stands for and does.”

Mr Meddings also described the care the NHS provided to his late mother and younger sister who died after a long illness.

His twin has just retired as an NHS surgeon and his daughter is a fourth year medical student.

Meanwhile, Mr Meddings told MPs about a recent late shift with an ambulance crew in London which was “eye opening”.

He said it was remarkable to see the “work ethic and the stress under which they work so hard”.

The number one issue facing the NHS is workforce challenges, he added.

Mr Meddings said that it was “humbling” to be nominated for the role. 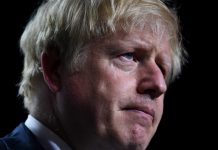