Palestinian factions in the Gaza Strip have called on the British Parliament to overturn a government decision to designate resistance group Hamas a “terrorist” organization.

This came in a press conference held by the factions in Gaza after a meeting to discuss Britain’s attempt to pass a law in the Parliament designating Hamas as a terrorist organization.

“We call on the British Parliament to drop the decision and not to pass it,” said Imad Al-Agha, a spokesman for the factions.

“Our Palestinian people are united in rejecting the British government’s decision to declare Hamas a terrorist organization,” he added.

The move, which will be pushed in the UK parliament next week, could see Hamas supporters and activists face jail terms of up to 14 years.

Hamas, which rules the Gaza Strip, slammed the UK ban as “continued aggression” on Palestinians and their rights.

Al-Agha said labeling Hamas as a terrorist group gives Israel “a green light to continue its aggression and crimes against our Palestinian people, which is the responsibility of the British government.”

He stressed that the decision “directly targets and antagonizes the Palestinian people and denies their legitimate rights to struggle for liberation from occupation.”

Al-Agha warned Britain that banning Hamas represents an extension of its “colonial policy”, calling on the European country to instead pursue “practical steps to atone for its historical crime represented by the Balfour Declaration.”

The Balfour Declaration is a document dated Nov. 2, 1917 that laid the groundwork for Israel’s creation. Then-British Foreign Secretary Arthur Balfour agreed to establish a national home for the Jewish people in Palestine.

Al-Agha also urged “the free people of the world” to stand “in solidarity” with Palestinians and to “protest (against the move) in front of British embassies” across the world.

He also called on the UN General Assembly, the Arab League, and the Organization of Islamic Conference to “reject this resolution and confront it firmly.”

Earlier Saturday, the Palestinian Authority rejected the British move to designate Hamas as a terrorist organization.

The UK has banned Hamas’ armed wing, the Qassam Brigades, as a terrorist organization in 2001, but did not include the group’s political bureau within the designation. 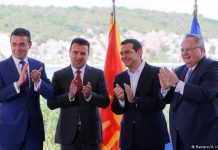 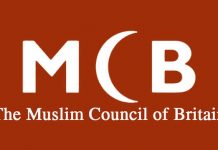 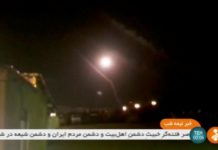 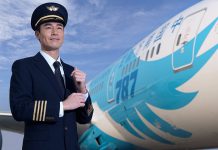 ‘Pilot considered most difficult job to quit in China