Pakistan on Monday urged the UN Security Council (UNSC) to immediately initiate steps to hold Israel accountable for its war crimes and crimes against humanity as Israel violated the council resolutions.

Speaking at the UNSC open debate on the situation in the Middle East, Pakistan’s permanent representative to the UN, Ambassador Munir Akram, welcomed the council open meeting and said the situation in the occupied Palestinian territory and Jerusalem was “extremely grave.”

“In the grim backdrop of the deteriorating situation in the region, we urge the Security Council to fulfill its Charter obligations, to call for an immediate halt to Israel’s use of disproportionate and arbitrary force; to offer protections to the Palestinian civilians who are bearing the brunt of the Israeli attacks,” said Akram.

Akram urged the council to initiate steps to hold Israel accountable for its war crimes and crimes against humanity as Israel violated the council resolutions.

“Pakistan condemns Israel’s use of indiscriminate and disproportionate force, including aerial bombing, resulting in the deaths of nearly 200 Palestinians, including dozens of women and children, as well as the destruction of civilian infrastructure,” he said.

“These Israel’s actions are unacceptable and are in contravention of the norms of international law. They violate UN Security Council and General Assembly resolutions and have grave implications for the maintenance of peace and security in the region and beyond.”

The Pakistani envoy while welcoming the open debate in the UNSC on the current situation in the Middle East also expressed his disappointment over the council for its failure to take action and halt Israeli aggression for so long.

“It is regrettable that despite the daily loss of lives due to Israel’s aggressive actions, the Security Council has failed to demand that Israel halt its indiscriminate and disproportionate use of force against the defenseless and beleaguered Palestinian people in Jerusalem, in the occupied West Bank and in the besieged Gaza,” he said, adding: “It is regrettable that such actions by the Council have been prevented by those who proclaim their strong adherence to the principles of human rights and the international rule of law.”

Akram also urged the council to ask Israel to stop all unilateral and illegal steps, including settlements and attempts to change the status of Jerusalem.

Meanwhile, Pakistan’s Foreign Minister Shah Mahmood Qureshi on Monday has received Ambassador of Palestine Ahmed Jawad A.A. Rabaei at his office in the capital Islamabad and strongly condemned violence by the Israeli forces “against innocent worshippers at Al-Aqsa Mosque” during the holy month of Ramadan.

In a statement, issued by the Foreign Ministry, Qureshi conveyed his deepest sorrow and condolences for the innocent victims of lethal attacks by the Israeli Defense Forces (IDF) in Gaza and the West Bank.

“He (Qureshi) categorically condemned IDF’s continuous and indiscriminate attacks that had resulted in the martyrdom of more than 140 Palestinians, including 39 children, and 22 women, and injured more than 1,000,” the statement added.

Qureshi also briefed Rabaei over his outreach to foreign ministers of important regional partners and reassured him of his country’s ongoing efforts.

The Palestinian ambassador expressed his gratitude for Pakistan’s unwavering support and steadfast policy on Palestine and apprised Qureshi about the latest situation on the ground, which was already dreadful due to COVID-19, and the ensuing humanitarian suffering. 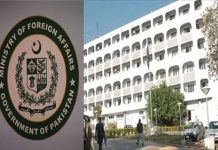 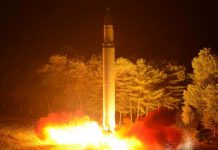 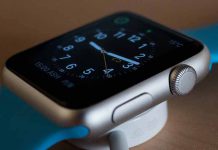 The Ideal Length of Everything Online, Backed by Research