NATO will monitor if collective defense posture has to be strengthened in response to Russian threat, says Jens Stoltenberg.

NATO will constantly assess if its presence in the Black Sea region needs to be adapted in response to the threat posed by Russia, the NATO secretary-general said on Friday.

“We will respond in a determined way to end the deterioration of our security environment, including through strengthening our collective defense posture,” he pointed out, reiterating that further aggression against Ukraine would involve serious consequences for Russia.

He stressed that NATO does not see an imminent threat against any NATO member, but does see “increased tensions and this is of important relevance for all NATO allies, especially for the allies in the (Black Sea) region.”

Stoltenberg explained that since Russia’s illegal annexation of Crimea and intervention in Eastern Ukraine, “NATO has implemented the biggest reinforcement of collective defense in a generation” tripling the size of the NATO quick response forces in Poland and the Baltic countries, and increasing the presence in the Black Sea Region by navy patrols and air policing.

“We will constantly assess the need to further adjust our posture, our presence, also in the southeast of the region because we need to be sure that we can always protect and defend all us against any threat and with increased tensions,” he noted.

Petkov said Bulgaria is fully aligned with EU and NATO’s position on Russia, but “we truly believe that always the diplomatic and peaceful approach to potential conflicts is the best way going forward.”

In 2014, Russia began to support separatist forces in eastern Ukraine against the central government, a policy that it has maintained for the past seven years.

For the second time this year, Moscow concentrated significant military troops in and around Ukraine last month. 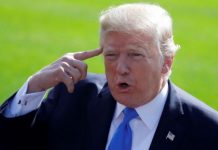 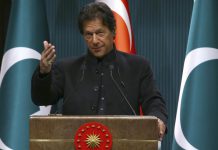 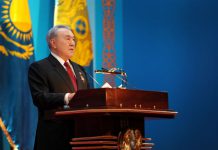 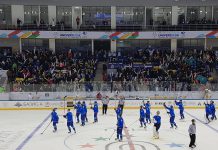