In December 2015, President Nursultan Nazarbayev of Kazakhstan signed the Constitutional Law on the establishment of the Astana International Financial Center and, in his managerial style, set an ambitious task: the Center should become the main financial hub and become one of the leading financial centers in Asia as soon as possible.

The opening and launch of the first auction a number of international experts predicted not earlier than in 5-6 years. Best case scenario. The government of Kazakhstan promised to realize the idea earlier and did not let it down. So, the start was given.

The first company whose securities were put up for auction was Kazakhstan heavyweight Kazatomprom JSC. As they say, went right in with the trump cards. This is not surprising. The company is considered the world’s largest producer of natural uranium (it accounts for about 20% of the world ore mining market) and market players are very interested in it.

In addition to Kazatomprom, 49 foreign and 16 Kazakhstani companies, as well as 2,700 Kazakhstani citizens, presented their shares on the stock exchange in Astana that day.

The guarantee of the reliability of these investments will be not only the perfect reputation of Kazakhstan and the first place in the global Doing Business rating for the protection of minority investors, but also the fact that the AIFC’s shareholders include the authorities of the global financial system: one of the world’s largest investment banks, Goldman Sachs, Shanghai the Stock Exchange, the Silk Road Fund and the NASDAQ Stock Exchange, which specializes in trading shares of high-tech companies.

The main advantage of the AIFC and all its participants, in whatever status they come to this site, is the independence of the court from the existing judicial and political system. The International Arbitration Center at the AIFC operates under the rules of British law. The AIFC court is able to deal with very difficult categories of cases, and the party filing a lawsuit has as many as three years to do so. Without going into details of court procedures on the site, in general terms we can say that the AIFC is ready to provide a legal atmosphere that meets the highest international requirements and this, of course, attracts market players.

In general, all the conditions have been created, the start has been given and further the AIFC should become a launching pad for participants in the financial market. 88 companies have already registered in the jurisdiction of the Center. By the end of 2020, according to the plans, this figure will be increased to 500. By this time, the AIFC itself should enter the TOP-50 international financial centers in the world.

It is clear that such deadlines and plans can cause a lot of scepticism. So quickly, such projects are not implemented. But Kazakhstan, as is known, has its own time scale. To rebuild in the steppes a new ultra-modern capital with futuristic landscapes and advanced technologies for 20 years and lead the country to the top 50 developed countries and the top 30 in the Doing Business ranking – for Kazakhstan these tasks turned out to be easily accomplished. What to say about the launch of the financial center…

(Dr Shahid Qureshi is senior analyst with BBC and chief editor of The London Post. He writes on security, terrorism and foreign policy. He also appears as analyst on Al-Jazeera, Press TV, MBC, Kazak TV (Kazakhstan), LBC Radio London. He was also international election observer for Kazakhstan 2015 and 2016 and Pakistan 2002. He has written a famous book “War on Terror and Siege of Pakistan” published in 2009. He wrote his MA thesis on ‘Political Thought of Imam Khomeini’ and visited Tehran University. He is PhD in ‘Political Psychology’ also studied Law at a British University. He also speaks at Cambridge University and visiting professor in Hebe University in China)

Views expressed are not of The Central Asia Post. 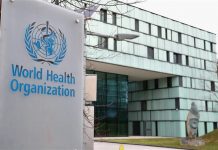 Not enough data to support vaccine passports: WHO 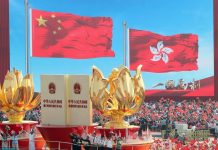 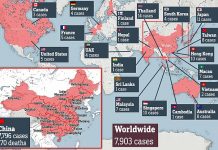 WHO declares international emergency over coronavirus