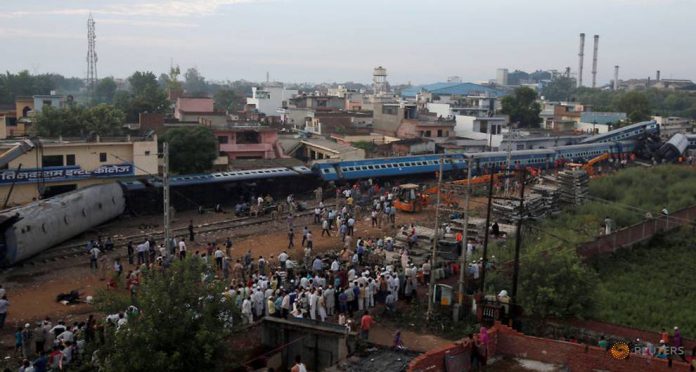 NEW DELHI (Reuters) – India began investigating on Sunday a train crash in which 23 people were killed, the fourth major accident over the past year on the world’s fourth biggest rail network which is grappling with chronic under-investment and over-crowding.

The cause of the derailment about 130 km (80 miles) north of the capital New Delhi, in the state of Uttar Pradesh, was not known, said Northern Railways spokesman Neeraj Sharma.

Thirteen coaches of the train came off the tracks as it was heading to the Hindu holy city of Haridwar, police said.

The toll rose to 23 dead with at least 123 people injured.

Sharma said rescue operations had ended and a safety commissioner would launch an investigation later on Sunday.

The cause of the accident was not known and the driver of the train would be one of the first people to be questioned, Sharma said. He said the death toll could rise.

A member of the railway board told reporters there was information that suggested the derailment happened because of some repair work on the track.

“If it is found that work was going on without adequate precaution and if there was any failure on the part of railway staff then appropriate action will be taken,” said the board member, Muhammad Jamshed. Railway Minister Suresh Prabhu said the board had been directed to “fix responsibility” by end of the day.

Train crashes are all too common in India after decades of poor investment and rising demand, which usually mean packed trains are running on creaking infrastructure.

Saturday’s accident is at least the fourth major accident this year and the third in Uttar Pradesh in 2017.

A crash in November in Uttar Pradesh killed 150 people.

The network is in the middle of a $130 billion (£101 billion), five-year modernisation.

In addition, the government launched a $15 billion safety overhaul in February after the surge in accidents blamed on defective tracks.

But in June, Reuters reported that the overhaul was facing delays as the state steel company could not meet demand for new rails. 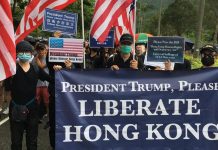 Hong Kong warns US not to ‘interfere’ in protests 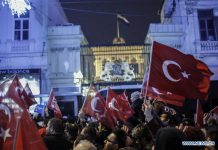 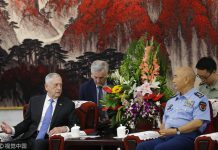 China, US look for ‘a stabilizer for bilateral relations’ 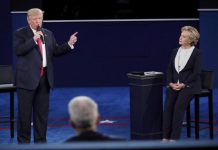 Trump vs. Clinton: He calls her a devil, she says he...