The European Commission proposed a €1.85 trillion ($2 trillion) multiannual budget for the bloc on Wednesday.

The plan includes a €750 billion ($825 billion) new recovery instrument to help relaunch the European economy after the COVID-19 crisis.

The €750-billion scheme will support the economic recovery by providing €250 billion worth of loans and €500 billion in grants to EU member states.

Contrary to the EU budget, which is mostly based on member states contributions, the European Commission will finance the fund by taking credits at the international financial markets.

This is an unprecedented move from the EU institution in a bid to resolve the deep divisions among EU countries.

Italy and Spain will be the main beneficiaries of the scheme by receiving €172 billion and €140 billion support, respectively.

However, roughly half of the aid consists of loans that these countries need to repay to the European Commission, which is far from what they had asked for.

Hard hit by the pandemic, the Mediterranean countries – particularly Italy, Spain, and France – had repeatedly called for solidarity in the fight against COVID-19.

They plead for a modernized Marshall Plan to launch an EU-wide economic recovery program, jointly financed by all member states.

But a group of rich countries committed to budgetary discipline – mainly Germany, the Netherlands, Austria, and Finland – opposed the idea, fearing it may lay the foundation of a financial system granting permanent transfers to the southern countries with high debts.

As a compromise, EU leaders agreed a month ago to task the European Commission to incorporate the recovery fund into the next long-term budget.

Since then, EU states and institutions expressed various opinions on the size and content of the recovery fund.

French President Emmanuel Macron and German Chancellor Angela Merkel called for a considerably smaller, €500-billion fund, but they also advocated for a fair balance between grants and loans.

At the same time, prime ministers of Austria, Sweden, Denmark and the Netherlands insisted on only providing loans to the countries in need.

Despite the fact that these countries can also benefit from minor grants, the new plan providing €500 billion is far from this idea too.

The European Commission’s new plan clearly aims at finding a compromise between the diverging opinions.

EU leaders are supposed to debate in person the new budget during their summit in mid-June. 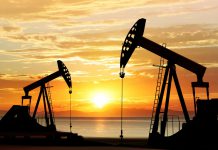 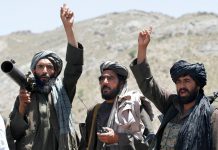 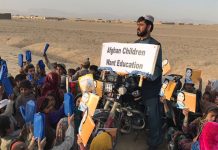 9 children killed or wounded in Afghanistan every day: UN