The coronavirus pandemic is the biggest test that the European Union has faced in its history, Chancellor Angela Merkel said Monday, stressing that Germany is “ready to contribute” to boosting the bloc.

“In my view … the European Union stands before the biggest test since its founding,” Merkel told journalists ahead of a key eurozone finance ministers’ conference to draw up an economic rescue plan for the bloc.

Two senior German government ministers on Monday called for collective European Union measures to be used in the fight against the coronavirus.

EU member states are at odds over how much fiscal firepower to use to cushion the economic blow of the pandemic, with finance ministers due to revisit the issue on Tuesday.

In a guest article published in several European newspapers, Foreign Minister Heiko Maas and Finance Minister Olaf Scholz said joint EU initiatives, such as the European Stability Mechanism (ESM) bailout fund and the European Investment Bank, could be used to mitigate the impact of the pandemic.

But they did not mention so-called coronabonds, which the German government has so far rejected.

Italy, Spain and France in particular have called for the introduction of a collective debt instrument, which would allow them to receive fresh money from investors under significantly more favorable conditions.

“European solidarity is not a one-way street, but a life insurance policy for our continent,” Maas and Scholz wrote in the article.

“It is now Europe’s common task to buttress the existing programs, fill the gaps and to span a safety net for all EU states that need further support.”

The ESM already allows “eurozone countries to borrow capital together on the same favorable conditions,” the ministers wrote.

“For Italy, this would mean a fresh injection of 39 billion euros ($42.2 billion dollars), and for Spain, 28 billion euros.”

The ministers backed the idea of a “pan-European guarantee fund” providing liquidity to small- and medium-sized businesses, as well as financial support for EU members via the Support Mitigating Unemployment Risks in Emergency (SURE) initiative proposed by the European Commission last week. 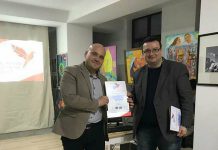 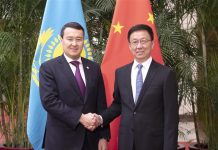 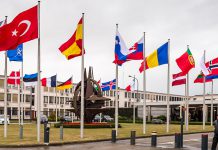 Ukraine urges NATO to deploy ships in dispute with Russia