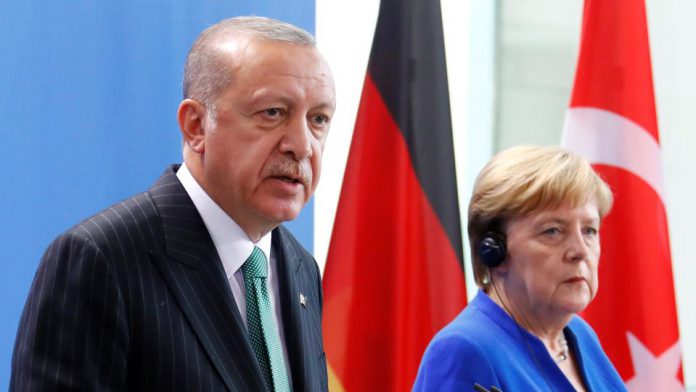 German Chancellor Angela Merkel announces in a joint press conference with Turkish President Recep Tayyip Erdogan that they have agreed to hold a four-way meeting in October to discuss the situation of the rebel-held Syrian region of Idlib.

German Chancellor Angela Merkel said on Friday that she and the leaders of Turkey, Russia and France planned to hold a summit next month on the situation in war-ravaged Syria.

“We are in favour of a four-way meeting with the presidents of Turkey, Russia and France and myself because the situation [in Syria] is still fragile,” Merkel told reporters after talks with Turkish President Recep Tayyip Erdogan.

“We aim to do this in the month of October.”

Merkel said the talks were particularly urgent in light of the fraught situation in Syria’s rebel-held province of Idlib.

Russia and Turkey agreed during a summit meeting in the Black Sea resort city of Sochi on September 17 to set up a demilitarised zone in Idlib aimed at preventing a Syrian regime assault.

Erdogan recalled an extradition agreement between Turkey and Germany and called fugitive Can Dundar “a convict, spy.”

“Currently, this individual [Dundar] is convicted by Turkish courts of being a spy and disclosing state secrets,” he said.

Erdogan also said that it is Turkey’s basic right to seek the extradition of Dundar, who has been sentenced to prison for five years and 10 months, in line with the extradition agreement with Germany.

In May 2016, the 14th High Criminal Court in Istanbul had convicted Dundar, the former editor-in-chief of Cumhuriyet daily, and Erdem Gul, paper’s former Ankara bureau chief, following the publication of images purporting to show arms being transported to Syria in trucks belonging to Turkey’s National Intelligence Organization, also known as the MIT.

The two defendants were arrested late November 2015 and held in prison until February 26, 2016 when Turkey’s Constitutional Court ruled that their rights had been violated and ordered their release.

Underscoring Turkey’s expectations from Germany on combating terror groups more effectively, he said, “There are thousands of PKK terrorists living across Germany.”

“There are hundreds of FETO [Fetullah] terrorist organisation members in Germany,” he added.

Erdogan said extradition of criminals was highly significant for the safety and peace of Turkey and Germany.

“Turkey and Germany have taken responsibility during the acute period of the migrant crisis, and eased the process by devoting serious sacrifice,” he added.

Regarding the visa liberalisation process, Erdogan said Turkey plans to fulfill the remaining six criteria “as soon as possible.”

He further stressed that Turkey “is ready and has the power” to eliminate all threats, including economic threats.

Earlier, Erdogan met with his German counterpart Frank-Walter Steinmeier on Friday at the presidential palace Schloss Bellevue, where he was received with military honours by Steinmeier. 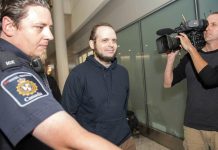 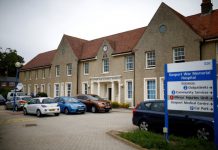 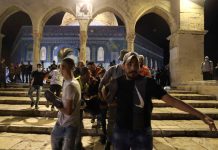 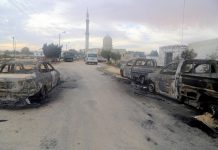