French demonstrators clashed with police in several cities on Saturday as protests against vaccines and the government’s new health pass requirement continued for the second week.

​​​​​​​Nearly 168 rallies took place across the country with 160,000 protesters taking to the streets, according to the Interior Ministry.

Multiple rallies were organized in Paris at the Trocadero across from the Eiffel Tower, Place de la Bastille and the Palais Royal. In the heart of the city in Champs-Elysees, demonstrators attempted to block the road and attack police vehicles, jeering and chanting “Liberte” (freedom), to which police responded with tear gas and water cannon to disperse the mob, arresting nine people.

Interior minister Gerald Darmanin on Twitter condemned the alleged violence against police and journalists by the protesters.

Similar tensions were recorded in Lyon as demonstrators threw bottles, stones, and other items at security forces and attempted to block the expressway. Four were arrested for misconduct and carrying out protests despite prohibition by authorities due to the violence during last weekend’s rally, authorities said.

Thousands of others also joined demonstrations called by the Yellow Vest movement in Strasbourg, Lille, Marseilles, Aix en Provence, Dunkirk, Nice, Bordeaux, Grenoble, Nantes, Montpellier, and other cities to oppose the government of President Emmanuel Macron, who announced last week that health passes — giving details of negative PCR/antigen tests and vaccination for anyone 12 and older — will be mandatory for all events and public places of leisure and culture with occupancy of 50 or more people.

The government has also made vaccines compulsory for healthcare workers and employees of institutions such as elder homes, with penalties including the loss of job and salary.

Protesters have dubbed the move “totalitarian,” “dictatorial,” and “anti-freedom.”

The new measures were introduced in light of rising cases of the Delta variant and the risk of a fourth wave in August. Authorities fear more cases, hospitalizations, and deaths in the coming weeks if herd immunity is not achieved, and also plan to introduce mandatory vaccination for all by September if targets are not reached.

Lawmakers too appear divided on the new COVID-19 measures encompassed in a recent bill approved by the upper house of parliament on Saturday with several reservations following its adoption a day before in the national assembly.

The bill introduces tough penalties including loss of job and salary for health personnel who fail to get vaccinated by Sept. 15, compulsory 10-day isolation for people that tested positive for COVID-19 who will be subjected to monitoring, and an extension of health pass restrictions starting on Aug. 30 to include department stores, shopping centers, trade fairs, seminars, restaurants, cafes and long-distance public transport.

Senators approved amendments exempting minors from the health pass, to enter “closed interior confines,” thereby excluding the outdoor terraces of restaurants, cafes and bars, and delaying the start date from Aug. 30 to Sept. 15. Senators contended that these health measures may stay in place for a longer time and therefore need to guarantee the freedom of the public.

The bill is likely to go through the joint committee next, where these new amendments approved by the Senate may get rejected in favor of the bill’s original content, as intended by the government, before it becomes the law. 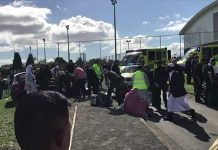 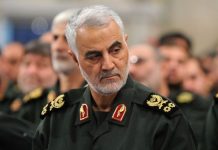 Iranian Qassem Soleimani was ‘bloodiest terrorist in the world’: US State... 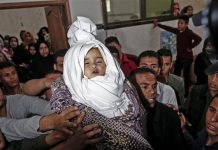