Transatlantic leaders’ meeting overshadowed by post-Brexit row with EU. UK Prime Minister Boris Johnson met US president Joe Biden in Cornwall on Thursday where the two leaders discussed a range of matters on the eve of the G7 summit.

The pair discussed the ongoing coronavirus pandemic, transatlantic travel and the new Atlantic Charter which is aimed at refreshing the allies’ relationship.

The G7 will mark the president’s first overseas visit as well as the first face-to-face meeting of world leaders since the pandemic began last year.

“The prime minister and president concurred that the revitalized Atlantic Charter published today was a fitting testament to the sheer breadth and depth of the cooperation between our countries,” Downing Street said in a press release following the meeting.

“They agreed that the UK-US partnership was more important than ever as we tackle shared challenges like climate change and building back better from the coronavirus pandemic,” the statement added.

The recent post-Brexit row between the UK and the EU over the troubled Northern Ireland Protocol, however, loomed large over the meeting as Biden warned Johnson not to jeopardize the Good Friday (Belfast) Agreement by turning his back on the EU and the agreements he signed with Brussels.

The US president has a personal interest in Ireland as his ancestors originate from the country. Furthermore, the US played a crucial role in drawing up and implementing the Belfast Agreement that brought peace to the region. Biden, a sceptic of Brexit, also wants a united Europe in the face of threats by Russia and China.

Despite their differences on Brexit, the two leaders reaffirmed their commitment to the peace deal and the protection of ideals and principles that aim to promote stability and growth in the region.

“The Prime Minister and President both reaffirmed their commitment to the Belfast (Good Friday) Agreement and to protecting the gains of the peace process. The leaders agreed that both the EU and the UK had a responsibility to work together and to find pragmatic solutions to allow unencumbered trade between Northern Ireland, Great Britain and the Republic of Ireland.

“The Prime Minister outlined his ambitions to further expand opportunities for all the people in Northern Ireland and hoped that the US would continue to work with the UK to boost prosperity there,” the statement read.

Relations between the EU and the UK deteriorated past week as Brussels accused Johnson of turning his back on the Northern Ireland Protocol, an agreement on the wider Brexit agreement that will see trade barriers erected in the Irish Sea that separates Northern Ireland from the rest of the UK.

The Northern Ireland Protocol of the EU-UK Trade and Cooperation Agreement was signed by London and Brussels in December 2020. The protocol, however, was triggered last month after the EU required inspections of certain goods entering into the Single Market, of which the Republic of Ireland is part of.

The protocol aims to avoid a hard border between the UK and the Republic of Ireland which is a member of the EU, but it also erects a trade barrier between the region and Great Britain which unionists say is an affront to their rights and threatens the breakup of its union with the rest of the UK. 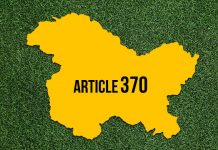 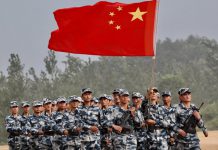