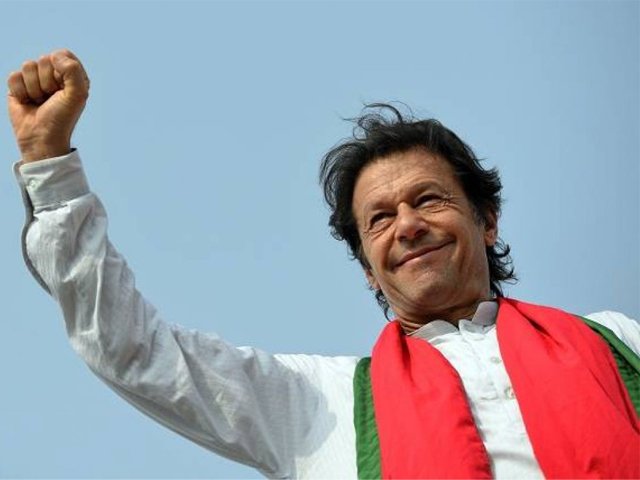 US must assess why Afghan Taliban is getting stronger despite 140,000 NATO troops, 250,000 Afghan troops, and $1 trillion spent in Afghanistan, Imran Khan responds to Trump’s remarks that Islamabad doesn’t “do a damn thing” for Washington.

Pakistan’s Prime Minister Imran Khan on Monday slammed US President Donald Trump following his remarks that Pakistan doesn’t “do a damn thing” for the United States despite billions of dollars in US aid for the South Asian nation.

The friction threatens to further worsen already fragile relations between Islamabad and Washington, on-off allies who have repeatedly clashed about the war in Afghanistan and Pakistan’s alleged support for the Afghan Taliban.

Khan, who was voted to power in August, said in a series of tweets that the “record needs to be put straight on Mr Trump’s tirade against Pakistan,” over the weekend.

RECORD NEEDS TO BE PUT STRAIGHT ON MR TRUMP’S TIRADE AGAINST PAKISTAN: 1. NO PAKISTANI WAS INVOLVED IN 9/11 BUT PAK DECIDED TO PARTICIPATE IN US WAR ON TERROR. 2. PAKISTAN SUFFERED 75,000 CASUALTIES IN THIS WAR & OVER $123 BN WAS LOST TO ECONOMY. US “AID” WAS A MINISCULE $20 BN.

Trump, during a Fox News TV interview that aired on Sunday, defended cutting aid to Islamabad and also suggested Pakistani authorities knew Al Qaeda leader Osama bin Laden’s location prior to his killing by US troops in a raid inside Pakistan in 2011.

“Instead of making Pakistan a scapegoat for their failures, the US should do a serious assessment of why, despite 140000 NATO troops plus 250,000 Afghan troops & reportedly $1 trillion spent on war in Afghanistan, the Taliban today are stronger than before,” Khan tweeted.

OF COURSE WE SHOULD HAVE CAPTURED OSAMA BIN LADEN LONG BEFORE WE DID. I POINTED HIM OUT IN MY BOOK JUST BEFORE THE ATTACK ON THE WORLD TRADE CENTER. PRESIDENT CLINTON FAMOUSLY MISSED HIS SHOT. WE PAID PAKISTAN BILLIONS OF DOLLARS & THEY NEVER TOLD US HE WAS LIVING THERE. FOOLS!..

3. OUR TRIBAL AREAS WERE DEVASTATED & MILLIONS OF PPL UPROOTED FROM THEIR HOMES. THE WAR DRASTICALLY IMPACTED LIVES OF ORDINARY PAKISTANIS. 4. PAK CONTINUES TO PROVIDE FREE LINES OF GROUND & AIR COMMUNICATIONS(GLOCS/ALOCS).CAN MR TRUMP NAME ANOTHER ALLY THAT GAVE SUCH SACRIFICES?

Trump, in a pre-recorded interview, said bin Laden had been living in “a nice mansion” in Pakistan next to a military academy and “everybody in Pakistan knew he was there.”

Khan said Pakistan had borne the brunt of the United States’ war on terror, which focused on militants that straddle the Afghanistan-Pakistan tribal belt.

INSTEAD OF MAKING PAKISTAN A SCAPEGOAT FOR THEIR FAILURES, THE US SHOULD DO A SERIOUS ASSESSMENT OF WHY, DESPITE 140000 NATO TROOPS PLUS 250,000 AFGHAN TROOPS & REPORTEDLY $1 TRILLION SPENT ON WAR IN AFGHANISTAN, THE TALIBAN TODAY ARE STRONGER THAN BEFORE.

20.5K people are talking about this

The cricketer-turned politician had always objected to Pakistan’s involvement in the US war in Afghanistan and advocated for holding talks with militants over military action, earning the nickname “Taliban Khan” from his critics.

Pakistan had joined Washington’s so-called “war on terror” as a close ally in the aftermath of the September 11, 2001 attacks.

Former military dictator General (r) Pervez Musharraf, who ruled Pakistan at that time, later said the decision to side with America was taken after then US assistant secretary of state, Richard Armitage, had conveyed Washington’s message that if Islamabad refused to cooperate, it would bomb Pakistan “back to the stone age.”

Khan also pointed out that Pakistan continued to provide its roads and air space for re-supplying more than 10,000 US troops currently based in Afghanistan.

“Can Mr Trump name another ally that gave such sacrifices?”

BY CHOOSING POISE OVER PIQUE, PM IMRAN KHAN HAS RESPONDED LIKE A TRUE STATESMAN IN HIS REBUKE TO TRUMP’S LATEST #PAKISTAN COMMENTS. THAT SAID, THE PM’S RESPONSE REFLECTS AN OFT-REPEATED NARRATIVE THAT IS VALID TO A DEGREE, BUT ALSO MISLEADING AND RIFE WITH SELECTIVE OMISSIONS.

342 people are talking about this

On Saturday, US Joint Chiefs Chairman General Joseph Dunford said Taliban are not losing in Afghanistan.

“They are not losing right now, I think that is fair to say,” he said.

“We used the term stalemate a year ago and relatively speaking it hasn’t changed much, but … we do believe that the Taliban know that at some point they have to reconcile.”

TRUMP’S FALSE ASSERTIONS ADD INSULT TO THE INJURY PAK HAS SUFFERED IN US WOT IN TERMS OF LIVES LOST & DESTABILISED & ECONOMIC COSTS. HE NEEDS TO BE INFORMED ABT HISTORICAL FACTS. PAK HAS SUFFERED ENOUGH FIGHTING US’S WAR. NOW WE WILL DO WHAT IS BEST FOR OUR PEOPLE & OUR INTERESTS

In his first tweet of 2018, Trump slammed Pakistan, saying the country has rewarded past US aid with “nothing but lies & deceit.” Washington announced plans later in January to suspend up to roughly $2 billion in US security assistance to Pakistan.

While the Trump administration and Afghan President Ashraf Ghani’s government are making efforts to reach a settlement with the Afghan Taliban, the fighters have continued their attacks on government forces, inflicting hundreds of casualties over recent weeks in assaults across Afghanistan.

As the Taliban have kept up pressure on the government, a report by the Special Inspector General for Afghanistan Reconstruction (SIGAR) think tank earlier this month quoted the NATO-led Resolute Support mission as saying the average number of casualties among Afghan security forces between May 1 and October 1 this year was “the greatest it has ever been during like periods”. 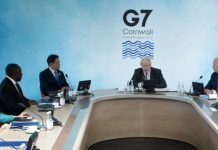 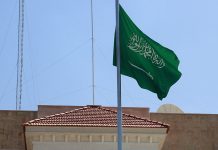 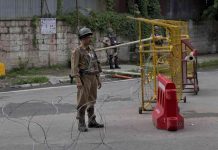 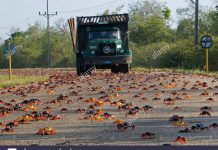