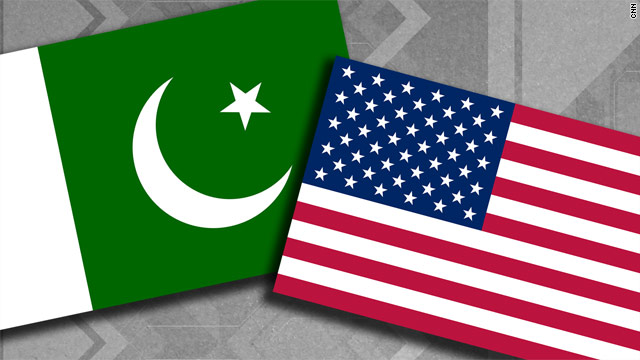 It’s an old saying that in international relations there are no permanent friends or foes and to further the national objectives countries keep changing their alliances to best suit their own national interests. US Pakistan relations seem to be a case study of changing alliances, trust and betrayals and strategic choices. Since its infancy Pakistan opted for US block preferring it over the then 2nd super power, erstwhile Soviet Union. Being member of SEATO and CENTO Pakistan extended full support to US against USSR by providing it’s airbases to US Air Force, in 1960 U-2 flight from Badaber is just one example of our past military collaboration.

History of US-Pakistan relationship is marked with questions that whether by opting for US block in the past did Pakistan pay a heavy price for this strategic decision? History of our relationship has examples to question this strategic partnership of past as when India was in process of helping Mukti Bahini create Bangladesh with Pakistan Army stranded in Dhaka, the promised 7th Fleet never came to its rescue. Again in early 70s, Pakistan played a pivotal role in bringing China and US together, while in late 70s Pakistan became a frontline state to counter Russian invasion of Afghanistan which ultimately led to dis-integration of Soviet Empire. While Pakistan had to pay a heavy price in accommodating over 4 million Afghan refugees who brought along Kalashnikov / drugs culture, sectarianism and other social evils, handling of Mujahideen created and funded by US and Saudi Arabia respectively was one of the most challenging issue consequences of which we are still reaping. The collaboration surprisingly, was rewarded by US in the form of Pressler Amendment and resultant sanctions against Pakistan.

Pakistan India sore relations due to the core issue of Kashmir with underlying water treaty violations by the aggressive neighbor are not hidden from the world and have been the main reasons for past armed conflicts between the two arch rivals. With Russia supporting India on Kashmir Issue openly by vetoing almost all the resolutions at UN forum, US role on Kashmir has at best been advising Pakistan to settle the dispute through bilateral talks, which has never been very well received among general masses raising serious questions about the efficiency of strategic partnership with US. When India went nuclear it was perceived to be a direct threat to existence of Pakistan which then lead to Pakistan’s response in Quid Pro Quo leading to sanctions by US and its allies, which off course was not done in case of India.

On the contrary, US has been supporting India to become member of the prestigious Nuclear Supplier Group while Pakistan is always advised to cap its nuclear program. In the aftermath of 9/11 and US invasion of Afghanistan, Pakistan was again forced to support US in overthrowing Taliban Government in Afghanistan by paying an overwhelmingly higher price by fighting the War on Terror in its Tribal Areas bordering Afghanistan till today. In the process, thousands of Pakistani soldiers and civilians were killed due menace of terrorism moving within our cities, not to forget billions of dollars loss to Pakistan’s economy. Unfortunately, the target remained Pakistan by its own chosen ally, i.e., drone attacks killing hundreds of innocent civilians in the so called collateral damage, maligning Pakistan of harboring terrorists in safe havens, the rhetoric of do more, Operation Neptune Spear on 2 May 2011 inside Pakistan against Osama bin Laden. Worst step was limiting the role of Pakistan in the reconstruction process of Afghanistan after the draw down and giving a bigger piece of pie to India.

More so Obama’s administration eagerly concluded strategic bilateral pacts with India that included Defence Technology and Trade Initiative by announcing India as “major defence partner”, India was also facilitated in defence technology sharing, combat exercises and war games, joint projects to include Aircraft Carrier technologies and jet engines, futuristic helicopters, infantry and combat vehicles. While India got approval for F-16/ F-18 fighter production line and billion of dollars arms deals that included C-17 globe master, Poseidon-8, C-130 Super Hercules, Apache attack helicopters and Chinook heavy lift helicopters, that has created a state of strategic imbalance in the nuclear South East Asian region, Pakistan despite being the frontline state against the War on Terror and an old ally since late fifties against Russia has been denied access to the advanced technologies. Taking lead from the history with Trump in White House the situation is likely to worsen for Pakistan. Perhaps it’s time to take a serious re appraisal of our Strategic Partnership with the US and look towards Russia and China for new alliance correcting follies of the past.

The writer is a defense analyst

Views expressed are not of the organisation 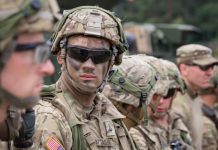 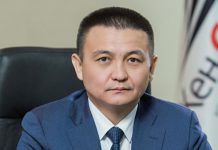 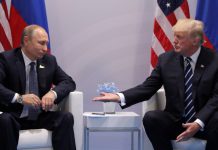 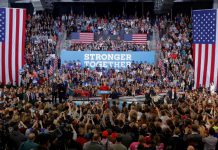 At long last, Americans decide between Clinton and Trump