SAN FRANCISCO The U.S. Justice Department will face off with opponents in a federal appeals court on Tuesday over the fate of President Donald Trump’s temporary travel ban on people from seven Muslim-majority countries, his most controversial action since taking office last month.

The 9th U.S. Circuit Court of Appeals in San Francisco is to hear arguments about whether to restore the ban from Justice Department lawyers and opposing attorneys for the states of Minnesota and Washington at 3 p.m. PST (2300 GMT).

A federal judge in Seattle, responding to a challenge by Washington state, suspended the order last Friday, opening a window for people from the affected countries to enter the United States, pending the appeals process.

Trump, a Republican who took office on Jan. 20, has defended the ban as necessary to protect the country from the threat of terrorism, and has condemned court rulings against it.

The Islamic State militant group had threatened “to infiltrate the United States and other countries through the migration,” he said. “And then we’re not allowed to be tough on the people coming in? Explain that one.” 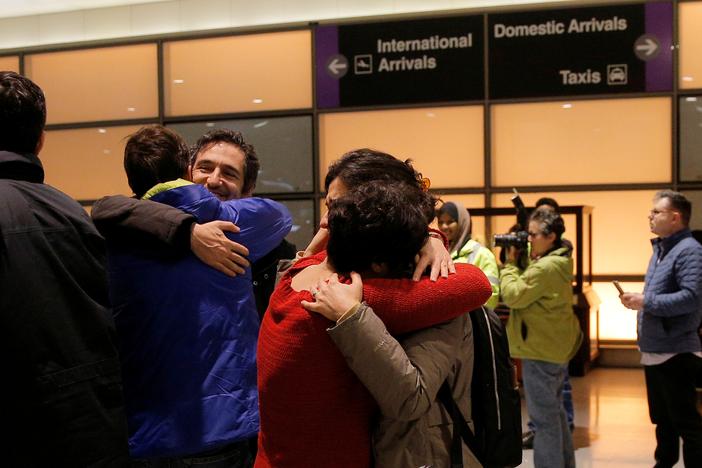 Critics of the ban have called it discriminatory against Muslims and have questioned its value as a security measure.

All the people who carried out fatal attacks inspired by Islamist militancy in the United States since the Sept. 11, 2001, attacks were U.S. citizens or legal residents, the New America think tank says. None came to the United States or were from a family that emigrated from one of the countries listed in the travel ban, it says. (bit.ly/2keSmUO)

Although the legal fight over Trump’s ban is ultimately about how much power a president has to decide who can and cannot enter the United States, the appeals court is set to rule after Tuesday’s hearing on the narrower question of whether the Seattle court had the grounds to halt Trump’s order. 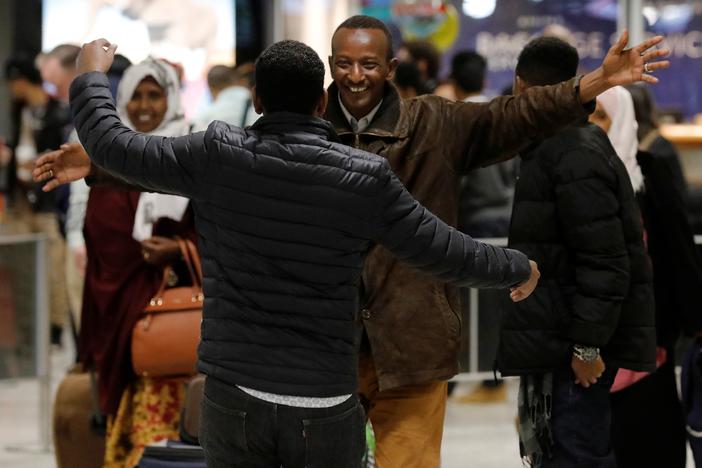 Trump faces an uphill battle in the liberal-leaning San Francisco court, although the outcome of a ruling on the order’s ultimate legality is less certain.

Appeals courts are generally leery of upending the status quo, which in this case is the lower court’s suspension of the ban. The case is likely to go to the Supreme Court.

Trump frequently promised during his election campaign to curb illegal immigration, especially from Mexico, and to crack down on Islamist violence. His travel ban sparked protests and chaos at U.S. and overseas airports in the weekend that followed.

In a brief filed on Monday, the Justice Department said the suspension of Trump’s order was too broad and at most should be limited to people who were already granted entry to the country and were temporarily abroad, or to those who want to leave and return to the United States.

The state of Washington argues it has suffered harm, saying some students and faculty at state universities were stranded overseas because of the ban.

Washington state’s case was backed by about a dozen briefs submitted by at least 17 state attorneys general, more than 100 companies, and about a dozen labour and civil rights groups. About a dozen conservative groups supported the government in three such briefs.

Separately, two U.S. Republican senators plan to unveil legislation on Tuesday aimed at curbing legal immigration by halving the overall number of people allowed to live as legal permanent residents, one of the bill’s authors said.

The plan would limit the total number of total green cards issued to about 500,000 per year, down from about 1 million, and focus on allowing in people seeking to reunite with their immediate family, Republican Senator Tom Cotton told MSNBC. 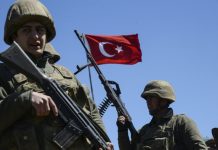 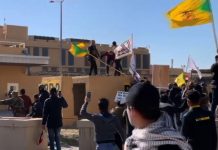 US troops inside Baghdad embassy after protesters throng gates 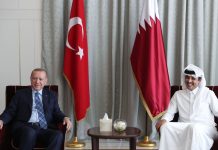 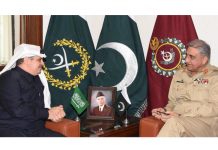