Witnesses to one of bloodiest massacres in modern history tell their stories of horror.

Even after 38 years, the massacre that left thousands of Palestinians and Lebanese dead in Beirut’s Sabra and Shatila refugee camp still haunts the survivors.

Shortly after Israel invaded Lebanon in 1982, right-wing Lebanese groups allied with the invaders stormed the camp, killing its inhabitants, raping mothers in front of their families and mutilating pregnant women.

When the incident – which went on for over three days, from Sept. 15 to 18 – was over, some 3,000 Palestinians and Lebanese, mostly Shia, had been murdered.

The night before the massacre, Israel’s then-Defense Minister Ariel Sharon had ordered that the camp be surrounded in advance, effectively paving the way for one of the bloodiest massacres in modern history.

After the massacre, on Dec. 16, 1982, the United Nations condemned what happened and declared it an act of genocide. However, there are still no judgements and penalties regarding the massacre.

A commission established by the Israeli government to investigate the massacre published a report in February 1983, holding Sharon, among others, responsible for the massacre.

In 2001, 23 survivors of the massacre filed a lawsuit in Belgium against Ariel Sharon, then serving as Israel’s prime minister, for crimes against humanity.

Under pressure from the US and Israel, Belgium changed the law that had allowed the case to be filed. The case was dismissed in 2002 as none of the plaintiffs had Belgian citizenship at the start of the case.

Before the case was dismissed, Elie Hobeika, one of the leaders of the Phalangist Lebanese Forces, who played a leading role in the massacre, was assassinated in a car bomb in Beirut a few days after he said he would testify against Sharon.

Abu Mohammad es-Salihani, 97, one of the witnesses to the massacre, told Anadolu Agency that the militia called people by their names before killing them.

Saying he lost his very close friend Ahmed Abu Said in the attacks, es-Salihani, holding a small ax, said: “This ax was on Ahmed Abu Said’s head. I took it, washed it, and kept it to this day.”

He recalled the massacre lasted for three days as people kept trying to escape from all sides, adding that those harrowing moments will never be forgotten.

Another witness, Ebubekir Ahval, recalled that after an official said there were no fighters left in the Palestinian refugee camps in Lebanon, the Israeli army and Christian militias started killing people.

He said: “The attackers entered each house, called their names, and started killing. That’s how they were killing people in their homes.”

“They wanted to get rid of the Palestinian people and take revenge for Lebanon’s civil war which began in 1975 with a conflict between the Palestinians and the Christian Kataib militia,” he explained.

“We unwittingly came to Lebanon and we will return to our homeland Palestine whenever possible.”

About one square kilometre (less than half a square mile) in size, the Sabra and Shatila camp, located west of Beirut, is home to 12,000 Palestinian refugees, according to unofficial data. 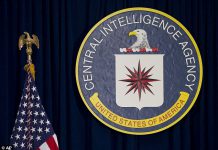 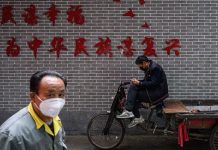