Eighteen unaccompanied minors from migrant camps in Greece arrived in Belgium on Tuesday as part of a European Union relocation program, the federal agency for the reception of asylum-seekers said.

The Belgian government agreed in May to take in the children, who had been in the camps for several months without a parent or guardian.

The youngest in the group, which includes just one girl, is 9 years old while the oldest has just turned 18.

The youngsters, who were all were tested for COVID-19 before their departure, are from Afghanistan, Syria, Iran, Somalia and Guinea, according to the Fedasil agency.

They were admitted to a center for unaccompanied minors while Belgium examines their asylum requests.

Ten other EU member states, Bulgaria, France, Croatia, Finland, Germany, Ireland, Portugal, Luxembourg, Lithuania and Slovenia, are participating in the program and have committed to welcoming up to 2,000 unaccompanied children and adolescents.

Norway has also expressed a willingness to join, according to the Commission.

More than 200 have already arrived since April in Luxembourg, Germany, Portugal and Finland.

Germany also pledged to take care of 243 seriously ill or particularly vulnerable children and members of their immediate family, more than 920 people in total.

Portugal will take in 500 unaccompanied minors and France 350, according to the Commission.

Some 5,000 unaccompanied migrant children and adolescents were in Greece in March.

The three most represented countries of origin are Afghanistan, Pakistan and Syria.

Turkey and Greece have been key transit points for asylum-seekers, refugees and migrants seeking to cross into Europe to start new lives, especially those fleeing war and persecution.

Greece has been frequently criticized for its questionable practices and policies toward migrants and the inhumane conditions of its overcrowded camps. Athens has lately decided to deploy a floating barrier to stop migrants arriving from the Turkish coast off the island of Lesbos.

The area northeast of Lesbos has been chosen for the project, along a waterway used by hundreds of thousands of migrants attempting to enter the country from neighboring Turkey in recent years. Rights groups have criticized the plan as potentially life-threatening to migrants in overflowing dinghies who often require rapid rescue. A wire fence on Greece’s land border with Turkey is also currently being expanded.

More than 1 million people fleeing conflict reached Greek shores from Turkey in 2015 and 2016.

In March, tensions between NATO allies Greece and Turkey, which disagree on a range of issues, rose a notch when thousands of migrants hosted by Turkey tried to storm the border into Greece and the EU.

Turkey, home to more than 3.5 million Syrians, the world’s largest migrant population, had said it would open the frontier because it was alarmed by the prospect of another wave of migrants fleeing war in northwestern Syria. 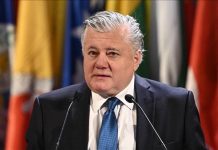 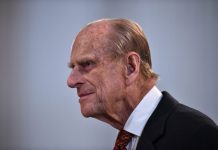 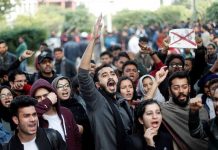 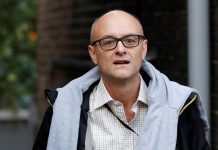