The two leaders had a closed-door meeting at the Apostol Palace’s Library Hall, which lasted for an hour.

Turkish President Recep Tayyip Erdogan began his two-day visit to the Vatican City on Monday that saw him being welcomed with an official ceremony at the Apostol Palace.

Following the official ceremony, Erdogan was welcomed by Pope Francis ahead of their one-on-one meeting at the doorsteps of Apostol Palace.

Erdogan expressed his gratitude for the welcome while the pope thanked the Turkish president for the official visit.

The two leaders later went for a closed-door meeting at the Apostol Palace’s Library Hall, which ended after an hour.

President Erdogan had earlier said they were going to discuss Jerusalem and the fallout from US President Donald Trump’s decision in December to recognise the holy city as the capital of Israel.

Both have expressed concern at the move that many US allies say could doom Middle East peace efforts.

The Vatican backs a two-state solution to the Palestinian-Israeli conflict, with both sides agreeing on the status of Jerusalem – home to sites holy to the Muslim, Jewish and Christian religions – as part of the peace process.

Palestinians want East Jerusalem as the capital of a future independent state, whereas Israel has declared the whole city to be its “united and eternal” capital.

Islamophobia and terrorism were also expected on the agenda, but the two sides have issued no statement about the meeting yet.

For the first such visit by a Turkish leader for 59 years, the Italian authorities have imposed a 24-hour ban on demonstrations which will cover Erdogan’s arrival late Sunday to his departure on Monday evening.

A total of 3,500 police have been deployed for the visit.

Erdogan presented a 24-piece miniature Iznik pottery, which had been made with a ceramics technique popular at the time of Ottoman Sultan Suleyman the Magnificent; he also gave him Mesnevi lectures in Italian and English.

Erdogan is scheduled to meet Italy’s president and prime minister. 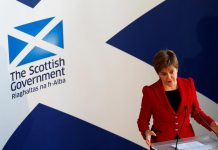 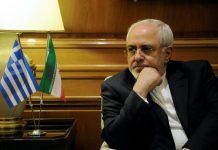 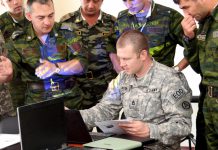