Turkey is determined to fight terrorism and terminate the YPG/PKK that poses a threat for the country.

Turkey will end threats from the YPG/PKK terror group in Syria’s Manbij region and east of the Euphrates when the time comes, the country’s defence minister said on Wednesday.

“Our armed forces prepared well and are continuing to prepare [to hit terror targets in Manbij and east of Euphrates]. Preparations have been made. In the coming period, when the time comes, this YPG threat will be terminated by necessary operations,” said Hulusi Akar.

Akar said Turkey’s fight against terrorism is proceeding in a determined way as it wants to close this page once the last terrorist is neutralised by security forces.

“What we do is provide security for our people and borders. We are not eyeing any country’s territory. We respect Syria and Iraq’s territorial and political integrity,” Akar said, adding Turkey is planning to conduct a cross-border counter-terror operation as its neighbours in the south, Syria and Iraq, are now unable to do it.

Akar was in the southeast Turkish province of Hakkari to check on Turkish troops.

He said it’s time to hit terror targets in Manbij and east of the Euphrates following two successful anti-terror operations since 2016 in northwestern Syria, operations Olive Branch and Euphrates Shield.

Since 2016, the operations have liberated the region, including Al Bab, Afrin and Azaz, from YPG/PKK and Daesh terrorists, making it possible for Syrians who fled violence there to return home.

In its 30-year terrorist campaign, the PKK has taken some 40,000 lives, including women and children. The YPG is its Syrian branch. 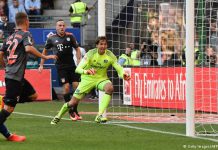 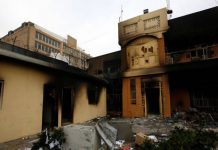 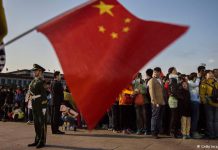