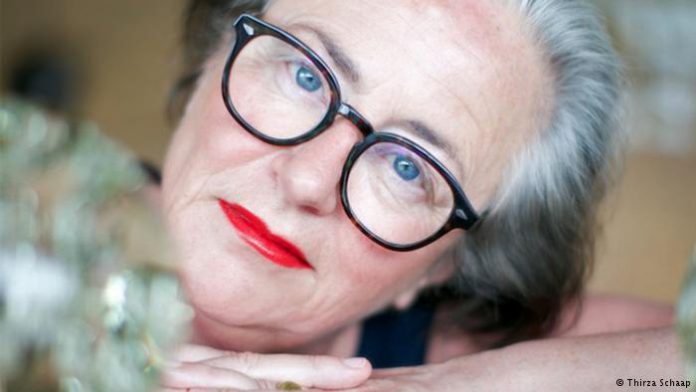 Is fashion dead? Lidewij Edelkoort tells DW why greed is eating away at fashion – and how technology can secure its future. She also explains how the rise of the right-wing in Europe and the US will change how we dress.

Dutch trend forecaster Lidewij Edelkoort has been predicting the future for over four decades, and she rarely makes a mistake in her prognoses. She publishes trend books that are considered seasonal bibles in the fashion industry and, along with her studio Trend Union, has worked with brands like Coca-Cola, L’Oréal and Siemens. TIME Magazine put her on the list of the world’s 25 Most Influential People in Fashion in 2003.

Throughout November, she is organizing seminars in various European cities where she is presenting upcoming trends, provocative thoughts on fashion and society, and even a new MFA in textiles she created for Parson’s School of Design. Her next stop is at the Liganova Headquarters in Stuttgart on November 24. DW’s Jan Tomes met her in Berlin.

DW: When you visited Berlin in January, you insisted that the “emancipation of everything” would become the biggest trend of 2016 – and not only in fashion.

Lidewij Edelkoort: And I think I was right. Yes, there’s still a lot of work to be done, but the presidential election in the US brought the whole idea of women’s rights back. There is a real revival of female emancipation, I even see those old suffragettes up and fighting again and organizing round tables. Gloria Steinem and Annie Leibovitz have just opened a big exhibition of women’s portraits in New York, and they’re taking it on a world tour later.

But it’s not only about women, because what’s important is the change of men. There is a new generation of men fathering their babies, they have a much less “supremacist” attitude than the generation before, they want to have a different world to live in, a peaceful one, they think about the future generations, and they’re not afraid of women anymore. In this process, the men become softer, which is evident on the runways, too: They wear softer colors, softer suits. That makes women feel strange because they don’t know how to react to these new men. Edelkoort sees Trump as part of a bigger resurgence of fascism

So by emancipation you meant a change?

I think the change is imminent; there’s a need for change. We’re burdened by systems that don’t work anymore, and we must break free of them. Not only in fashion but as the whole society.

Well, Trump was elected the next US president, and people are already saying the world is going to change.

Yes. I was hoping that Hillary would win and give us breathing space for a few more years, but we won’t have that breathing space. I anticipated Trump to be elected since the summer.

And your intuition proved right again.

He won the nomination too easily, and then he became unstoppable. I think he is part of a bigger movement in the world towards the resurgence of fascism. We have seen politicians in the Netherlands, where I come from, and many other European countries who use very foul and very strong language, and the masses seem to like the political incorrectness of it. Over the summer, I read a book on fascism in Germany in the 1930s, and almost page by page I was reminded of the rhetoric of today in France and Great Britain, so I knew that this would happen, because we as a species don’t learn.

Fascism is triggered by fear, the fear of the loss of income, of autonomy, of voice. The masses live in fear, and therefore want to obey. They want to listen to a stronger power so they can live in obedience, which is the hallmark of fascism.

How will Trump and others influence the way we dress?

For now, people will want to continue business as usual; we will live in denial. But in these times of fear, in the big parts of the world, in densely structured fighting societies, fashion tends to become very extravagant. I am thinking about the comeback of the historical aspects of fashion design such as bustles and hips and peasant sleeves and puritan collars. There’s this whole urgency, I believe, to truly change form. It has been too basic for too long, and we need to have a new incentive. Theatrical clothes are going to be important.

Does it mean fashion is political?

Just like the world, the fashion industry is in a state of turmoil today. Designers get fired a few years or even months after they’re hired, brands are changing the seasonal calendar and the methods of product distribution, companies are filing for bankruptcy, and even fixed names such as Hugo Boss are leaving the luxury sector. Why is the fashion industry struggling so much? The institutions of fashion have entangled themselves into an undoable structure, mostly because of greed. It prevents innovation from taking place, so our economic structures are collapsing. There is nothing more important than performance, and fashion brands have to perform because of this greed – not a percent or two per year, but at least 10 percent quarterly, even when we’re talking about billion-dollar businesses.

There is no end to the greed, so the brands are spreading themselves thin. They cannot take any risk anymore. They focus on the small things, primarily the leather goods since they are easier to sell, and their employees are sick of this style of work. So fashion takes a step back and becomes the accessory to the accessories. Fashion has lost its meaning.

On top of that, you published a manifesto last year that said that fashion as we know it was dead.

Yes, because that’s true. Schools are still teaching students to grow into unique catwalk star designers whereas in other art schools students work together, collaborate, work in teams. We are turning into a collaborative society. Today, students share clothes, transform clothes, they do things in new manners, and the schools don’t seem able to grasp it.

There is a loss of textile making. Designers are complaining they no longer create fashion but mere clothes. Consumers don’t bother to be dressed up anymore. There are multiple reasons why this whole machine is running without fuel. Again, it’s the old systems that don’t function anymore. We need to change the rules, change the game, change the content.

So what do people want to wear now?

The shirt is very important because it’s a male/female thing. Hoodies are a language of the young designers and young consumers. Pants in many new shapes are relevant again. And of course, there is the underground movement. People want to dress in layers, materials like velvet are in demand, and I see a huge tapestry trend coming. Nomadic clothes are very popular today because they give us the chance to open the door and hit the road.

On the surface, it seems as if the fashion industry were stronger than ever. Open a fashion magazine and you’ll find hundreds of new collections, new lines, and new products every month.

There is a reason why most fashion magazines are struggling terribly – print especially. I must say, deservedly so, because there is no modernization in this field. Print thinks the consumers are idiots unable to connect and browse the internet! The magazines are trying to imitate online shopping, but you can’t touch a button and buy a product in the magazine.

The content is incredibly boring and always in the same setup – here we have fashion, here we have interiors, here we have beauty, here we have travel. Why isn’t there any interaction between fashion and lifestyle? Decades ago, magazines such as the British Vogue would give its audience interesting reading on current events, and they would eventually influence designers. Now, the pages are full of mostly stupid celebrities with no experience and nothing to say. And even if it may seem that there is some a sort of abundance in fashion, the magazines actually only exist in the realm of advertising. Editors can only photograph certain brands, and so the editorial shots look like an advertisement. They use the same models, the same photographers, and there is no information.

You’ve said many times that fashion needs to change. Do you see a possibility of change in the fast fashion sector?

I’m happy to see that new students who come to design schools in Europe and the US don’t want to be part of it. These kids don’t want to go to big brands because these brands will ultimately run into trouble if they don’t project change for the better.

We see in France a new crop of names with middle price points; they are very successful. Let’s call it “affordable luxury,” why not. At least there is some truth to their prices, an assurance that everybody will get a little part of the cake. Personally, I think it’s a good investment because these brands tend to focus on clothes that are made to last for several seasons in terms of trends and quality.

At Parson’s School of Design in New York, you created MFA in Textiles, which is going to open next academic year. Is that your personal rebellion against fashion?

You could say so. My vision is to motivate young people to rethink, reinvigorate, and reinvent what textiles are, and propose new ideas to the society through textiles. A few years ago, I heard from weavers and even my clients that the sector is jeopardized. I couldn’t imagine life without interesting textiles because they are a major driving force of innovation. And right now, we have new machines, 3D printers, and so on.

So you think high-tech is the future of fashion?

It will enable us to create a shape from the material. Today, it’s the other way round. What we’re trying to do is to bridge Silicon Valley and Hudson Valley, technology and nature. I’m talking about computerized yarns that can emit sound waves, light, that can carry medical or even defensive equipment, that can change color or become a musical instrument. We are incorporating solar panels into products and even mechanics that heal or absorb toxins from the environment. We already know how to produce new textiles with biotechnology.

However, the imperative of it all is to go to the humble beginnings. We are looking at techniques from centuries ago, from the beginning of time, actually, but we interweave them avant-garde. It’s very exciting! 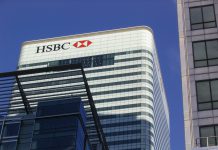 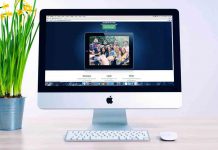 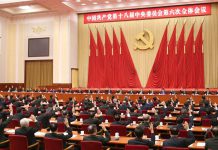