ADEN, Yemen A suicide bomber killed at least 54 people when he drove a car bomb into a militia compound in Aden on Monday, the health ministry said, in one of the deadliest attacks claimed by Islamic State in the southern Yemeni port city.

The director general of Yemen’s health ministry in Aden, al-Khader Laswar, told Reuters that at least 67 other people were wounded in the attack in the city’s Mansoura district.

The militant Islamic State group said in a statement carried by its Amaq news agency one of its suicide bombers carried out the bombing.

“Around 60 dead in a martyrdom operation by a fighter from Islamic State targeting a recruitment center in Aden city,” the statement said, without giving further details.

A security source said the attack targeted a school compound where conscripts of the Popular Committees, forces allied to President Abd-Rabbu Mansour Hadi, were gathered for breakfast.

Witnesses said the suicide bomber entered the compound behind a truck that had brought breakfast for the conscripts, who had queued for the meal.

Ambulance sirens wailed throughout the morning as they ferried casualties to a hospital run by medical charity Medecins Sans Frontieres (MSF), which was overwhelmed by the number of casualties. An MSF spokesperson said the hospital received at least 45 bodies and more than 60 wounded people.

Last month, the governor of the southern Yemeni city of Aden survived a car bomb attack targeting his convoy, the latest attempt on the city’s top official.

In May, a suicide bomber killed at least 40 army recruits and injured 60 others when he rammed a booby-trapped car at recruits lined up to enlist for military service at a compound in Aden.

Hadi’s supporters, who accuse former President Ali Abdullah Saleh of using Islamist militants to target the internationally-recognized president, have launched a series of raids in recent weeks to try to stem the violence, seizing dozens of people suspected of involvement in attacks across the city.

In eastern Yemen, forces loyal to Hadi, backed by troops from the United Arab Emirates, drove members of Al Qaeda in the Arabian Peninsula from the city of Mukalla in a military operation in May. 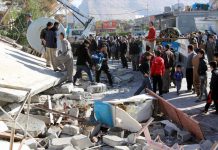 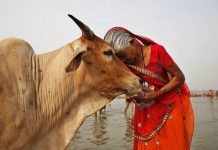 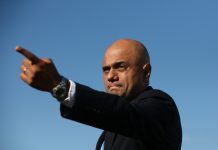