WASHINGTON Republican Donald Trump acknowledged for the first time on Friday that President Barack Obama was born in the United States, reversing himself on a controversy that he helped launch but that has become a distraction to his White House bid.

“President Barack Obama was born in the United States. Period,” Trump, who has questioned Obama’s citizenship for years, said at a campaign event at his new hotel in downtown Washington. “Now we all want to get back to making America strong and great again.”

Trump accused Democratic rival Hillary Clinton of starting the so-called “birther” controversy during the 2008 primary campaign against Obama, an accusation that independent fact-checking sites have rated as false.

The New York businessman led the birther movement aimed at Obama, who was born in Hawaii to an American mother and a Kenyan father.

The issue has not been a factor in the campaign for the Nov. 8 presidential election, but it resurfaced again in recent days, taking the focus of Trump’s campaign away from topics such as immigration, trade and the economy, which he has been using to hit Clinton.

Trump has recovered ground against Clinton in recent national opinion polls after revamping his campaign staff in August and taking steps to give a more polished performance on the campaign trail.

But the birther movement, which casts doubt over whether Obama is legally able to be president, incenses black Americans whose votes Trump has been trying to court.

Although Trump had been expected to address the issue from the start of Friday’s event, half an hour or so was taken up with testimonials on his behalf from retired military officers. His statement at the very end took up less than a minute.

Earlier, Clinton demanded Trump apologize to the president for bringing up the birther topic again.

“Barack Obama was born in America, plain and simple, and Donald Trump owes him and the American people an apology,” Clinton said in an address to the Black Women’s Association in Washington. She said Trump was trying “to delegitimize our first black president.”

“His campaign was founded on this outrageous lie. There is no erasing it in history,” Clinton said.

Trump on Thursday declined to say whether he believed Obama was born in Hawaii during an interview with The Washington Post.

“I’ll answer that question at the right time. I just don’t want to answer it yet,” Trump told the newspaper.

His campaign released a statement later in the day saying the candidate is convinced of the legitimacy of Obama’s presidency. A U.S. president must be a natural-born citizen.

Obama declined to comment on Trump’s revival of the birther issue, telling reporters he had better things to do.

“I’m shocked that a question like that would come up at a time when we’ve got so many other things to do – well, I’m not that shocked actually,” Obama said.

A few years into his presidency, Obama, the first African American to win the White House, released a longer version of his birth certificate to answer those who suggested he was not U.S. born. 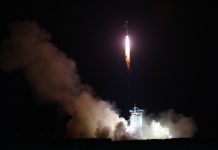 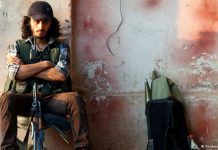 Syrian rebels break through after three-week siege of Aleppo 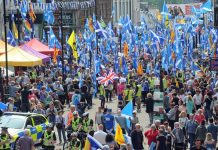