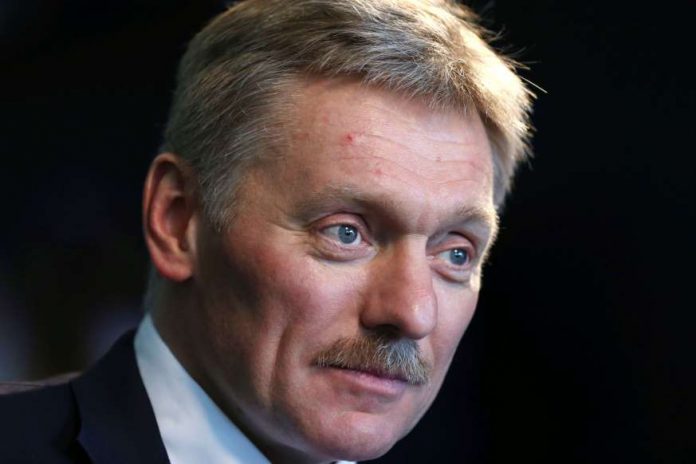 NEW YORK — Vladimir Putin’s spokesman says one way Donald Trump could help build confidence with Russia after he becomes president would be to persuade NATO to slow down its expansion or withdraw its forces from Russia’s borders.

Dmitry Peskov said in an interview with The Associated Press that this “would lead to a kind of detente in Europe.”

At a NATO summit in July, the Western alliance said it is building up positions in Poland, Estonia, Latvia and Lithuania in response to what it sees as escalating tensions with Russia. The United States is sending 1,000 troops to Poland next year.

Trump has praised Putin as a strong leader and suggested that the U.S. could abandon its NATO commitments, which include mutual defense in case of attack.

The president-elect says NATO was created to confront a threat — the Soviet Union — that no longer exists and has called the alliance “obsolete” and a bad deal for America. He argues that the U.S. gets too little out of decades-old security partnerships like NATO, which is anchored in Europe but traditionally led by the United States.

Peskov, who is considered one of Putin’s closest aides, called NATO “an instrument of confrontation.”

When its forces are being enlarged and deploying closer and closer to Russia’s borders, he said, “we do not feel ourselves safe.”

“Of course, we have to take measures to counter,” Peskov said.

As “confidence-building measures” to reduce U.S.-Russia tensions in a Trump presidency “let’s say slow down or withdrawal of NATO’s military potential from our borders potentially would ease this situation,” he said.

It’s highly unusual for Peskov to travel abroad separately from Putin, but he is chairman of the board of the Russian Chess Federation and came to New York to attend Friday’s opening of the world championship match between Russia’s Sergei Karyakin and Norway’s Magnus Carlsen. The organizers invited Trump to attend but he did not show up.

On other global issues, Peskov said in an interview Thursday at the venue for the championship that there is no possibility of “a breakthrough” to end the more than five-year Syria conflict unless the so-called moderate opposition is separated from “terrorist groups” including the Nusra Front and Islamic State extremists.

The U.S. was supposed to do this under a Russia-U.S.-brokered cease-fire, but Peskov said Washington, unfortunately, was unable to do so. The cease-fire collapsed in September as the Syrian army launched an offensive on rebel-held eastern Aleppo under the cover of Russian warplanes.

Peskov said if the cease-fire agreement is implemented, “there will be another chance for a breakthrough.”

“We are still convinced that without real interaction, real cooperation between Moscow and Washington, it will be very hard to make further steps in a political settlement in Syria,” Peskov said. “Unfortunately, we don’t have cooperation there.”

Peskov said Russian Foreign Minister Sergey Lavrov and U.S. Secretary of State John Kerry are in constant contact, “but unfortunately, sometimes it seems that not everyone in Washington wants a real breakthrough on the road … to political settlement.” He refused to say which U.S. officials Moscow believes are blocking progress to ending the conflict.

Russia, meanwhile, is continuing to support the Syrian government and army “because we have only two alternatives … either we have President (Bashar) Assad in Damascus or we have Nusra and Islamic State,” Peskov said.

Putin’s spokesman addressed another issue which sparked a serious downturn in U.S.-Russian relations and U.S. sanctions — Russia’s annexation of Crimea from Ukraine in 2014, which led to a conflict in eastern Ukraine that has killed more than 9,600 people. A 2015 agreement has helped reduce the scale of fighting, but clashes have continued and efforts to negotiate a political settlement have stalled.

Peskov disputed calling Russia’s action in Crimea “annexation,” insisting it is a region of the Russian Federation and stressing that “no one in Russia — never — will be ready to start any kind of discussion about Crimea.” 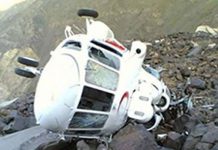 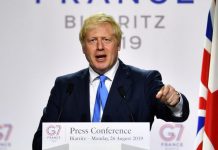 Johnson to explore Brexit deal with Juncker over lunch of snails... 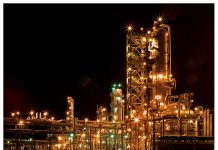 Putin: We need to cut around 10M barrels per day of...