Last year Kim travelled to China three times to meet with Chinese President Xi Jinping, before and after Kim held other summits with US President Donald Trump and South Korean President Moon Jae-in.

North Korean leader Kim Jong-un arrived in Beijing on Tuesday on an unannounced visit for talks with President Xi Jinping, as preparations ramp up for an expected second summit with Donald Trump.

South Korea’s Hankyoreh newspaper, citing an unidentified source with close knowledge of North Korea-China affairs, reported that Kim was travelling to Beijing late on Monday to meet with Xi.

A motorcade was seen leaving a Beijing train station, with police blocking a street with metal gates hours after Kim’s train crossed the border into northern China, according to AFP journalists.

The source told Yonhap it had not been confirmed whether a senior official was on board, but that dozens of security vehicles and officials had blocked the roads around a station in the Chinese border city of Dandong as the train passed.

Last year, Kim travelled to China three times to meet with Xi, before and after Kim held other summits with US President Donald Trump and South Korean President Moon Jae-in.

Kim is expected to meet again with both the US and South Korean presidents in the near future, and another visit to China has been seen as a possible move before those summits.

Earlier on Monday the South Korean newspaper Munhwa Ilbo reported that US State Department officials recently met multiple times with North Korean counterparts in Hanoi and discussed planning a second summit between Trump and Kim, fuelling speculation that Vietnam could host the event.

In an interview with CNBC, US Secretary of State Mike Pompeo praised China’s support for resolving the North Korean crisis and said he did not think the US trade dispute with Beijing would affect this.

“The Chinese have been very clear to us that these are separate issues,” Pompeo said.

“Their behavior has demonstrated that as well and we appreciate that. China has actually been a good partner in our efforts to reduce the risk to the world from North Korea’s nuclear capability; I expect they will continue to do so.”

At a landmark June summit in Singapore, Kim and Trump pledged to work towards denuclearisation, but the pact was light on details and talks since have made little headway.

China is North Korea’s most important economic and diplomatic backer, despite anger over its neighbour’s nuclear and missile programmes. Ties have warmed in the last year as Pyongyang’s relations with both Seoul and Washington have also improved.

China also played a role in Trump’s meeting with Kim, lending the North Korean leader an airliner for his trip to Singapore.

Diplomatic sources say Xi will probably go to North Korea at some point soon, which would make him the first Chinese leader to do so since 2005.

In early December, Xi told North Korea’s foreign minister during a visit in Beijing that he “hoped North Korea and the United States meet each other halfway and address each other’s reasonable concerns, allowing positive progress on the peninsula’s nuclear talks.” 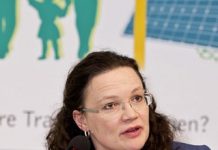 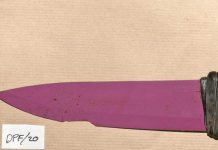 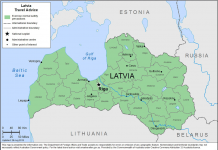