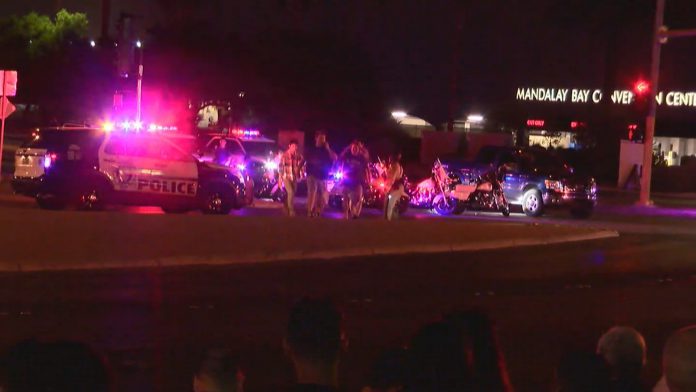 LAS VEGAS, Nevada (Reuters) – A gunman killed at least 20 people and wounded more than 100 at a country music festival on the Las Vegas Strip on Sunday, shooting down from the 32nd floor of a hotel, where he was shot dead by police.

Police described the suspect as being a local Las Vegas man who acted alone and was not believed to be connected to any militant group, Clark County Sheriff Joseph Lombardo told reporters.

The attack was the deadliest mass shooting in the United States since a gunman who pledged allegiance to the Islamic State militant group killed 49 people at an Orlando nightclub in June 2016.

“We have no idea what his belief system was,” Lombardo said. “Right now, we believe he was the sole aggressor and the scene is static.”

Authorities were seeking a woman they named as Marilou Danley, he said. He described her as Asian, 4 foot 11 inches (1.5 m) tall, 111 pounds (50 kg). He gave no details of whether she was suspected of involvement in the attack but described her as an “associate”.

Police were also searching for two cars that belonged to the suspect.

He said rumours of other shootings or explosives such as car bombs in the area were false. Video taken of the attack showed panicked crowds fleeing as sustained rapid gunfire ripped through the area.

Las Vegas’s casinos, nightclubs and shopping are a major draw for some 3.5 million visitors from around the world each year and the area was packed with visitors when the shooting broke out shortly after 10 p.m. (0400 GM).

Mike McGarry, a 53-year-old financial adviser from Philadelphia, said he was at the concert when he heard hundreds of shots ring out.

“It was crazy – I laid on top of the kids. They’re 20. I‘m 53. I lived a good life,” McGarry said. The back of his shirt bore footmarks, after people ran over him in the panicked crowd.

A body is covered with a sheet in the intersection of Tropicana Avenue and Las Vegas Boulevard South after a mass shooting at a music festival on the Las Vegas Strip in Las Vegas, Nevada, U.S. October 1, 2017. REUTERS/Las Vegas Sun/Steve Marcus

“I don’t want to give you an accurate number because I don’t have it yet,” Lombardo said.

At least one police officer was hospitalized with critical injuries, Lombardo said.

The shooting broke out on the last night of the three-day Route 91 Harvest festival, a sold-out event attended by thousands and featuring top acts such as Eric Church, Sam Hunt and Jason Aldean.

U.S. media, including Fox News, reported that Aldean was performing when the rampage began but that he had been bundled safely off stage at the event outside the Mandalay Bay Resort and Casino in the Nevada gambling resort. CNN reported all the performers were safe.

Lombardo said the gunfire came from the 32nd floor of the Mandalay Bay, where the gunman was killed.

Police have disclosed no information that would suggest a motive for the shooting or revealed the identify of the suspect.

Even so, the rampage was reminiscent of a mass shooting at a Paris rock concert in November 2015 that killed 89 people, part of a coordinated attack by Islamist militants that left 130 dead.

A witness named Christine told CNN both she and her husband had separately taken shooting victims to two hospitals, the University Medical Center and the Sunrise Hospital and Medical Center.

“The shots just kept coming,” she said. “Everyone was telling us ‘run, run as fast as you can’.”

The concert venue was in an outdoor area known as Las Vegas Village, across the Strip from the Mandalay Bay and the Luxor hotels.

The Mandalay Bay hotel is near McCarran International Airport, which said on Twitter it had temporarily halted flights after the shooting. Later, the airport said that some flights had resumed.

The United States has seen a series of deadly mass shootings in recent years. Prior to Orlando, the deadliest occurred in April 2007 when a gunman killed 32 people at Virginia Tech university and in December 2012 a man killed 26 young children and educators at Sandy Hook Elementary 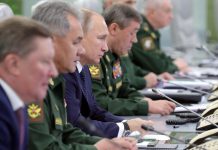 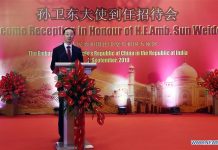 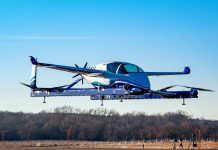