ERBIL, Iraq, Sept. 15 (Xinhua) — The parliament of the semi-autonomous region of Kurdistan on Friday approved the independence referendum to be held on Sept. 25.

All the 65 lawmakers attending the session of the 111-seat regional parliament voted in favor of holding the referendum on the independence of the Kurdish region and the disputed areas.

The parliament also decided to invite relevant parties, including Kurdistan’s Independent High Elections and Referendum Commission, to conduct the referendum.

According to Tariq Jowahar, parliament media advisor, the session was chaired by the deputy speaker, as Speaker Yousif Mohammed Sadiq did not attend the session since his Gorran Movement is boycotting the session along with the Kurdistan Islamic Group.

Kaka Bashar, a Kurdish lawmaker from the Patriotic Union of Kurdistan (PUK), said he regretted that some of the lawmakers boycotted the parliament session, particularly the Gorran Movement, and hoped they will take part in the coming session.

Mahmoud also revealed that Sadiq was prevented from entering the regional capital city of Erbil.

“This session was held according to the wishes of the two main parties and not according to the desire of parliament,” she said, referring to the Kurdistan Democratic Party (KDP) headed by the regional President Masoud Barzani, and the PUK with Iraqi President Fuad Masoum as one of its leading figures.

Horman Hama Sharif, a spokesman for the Kurdistan Islamic Group, echoed Mahmoud’s opinion in a statement.

“We do not participate in this session because we consider it illegal, because the legitimate speaker is not aware of the session, as well as the parliament secretary, and this is an exploitation of the parliament as an institution for the parties and personal purposes,” he said.

“We believe that the session will not solve our political and economic problems, but it could be the reason for further crises,” Sharif concluded.

“The session is legal and was attended by the majority of the lawmakers, who expressed their opinions in supporting the referendum,” he told Xinhua.

In addition to the Gorran Movement, which has 24 lawmakers out of the 111-seat parliament, and the Kurdistan Islamic Group with six seats, the Turkoman Front and the Rafidain bloc also boycotted the session.

Earlier in the day, the parliament reconvened for the first time after two years of suspension and discussed the independence referendum of the region.

Barzani earlier vowed to go ahead with the independence referendum, ignoring calls to postpone the controversial move.

“So far, we haven’t seen an alternative that can take the place of the referendum. Do not listen to anyone, we are going to a referendum,” Barzani said during a campaign for the Kurdish referendum in Duhok Province.

On June 7, Barzani announced his intention to hold a referendum on the independence of the Kurdish region from Iraq on Sept. 25.

The referendum has been opposed by Baghdad because it would threaten the integrity of Iraq and would distract the ongoing fight against Islamic State militants by Iraqi forces.

The neighboring countries of Turkey, Iran and Syria also feel that the move would threaten their territorial integrity, as large numbers of Kurdish population live in those countries. 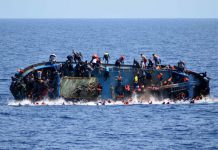 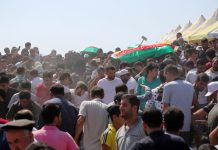 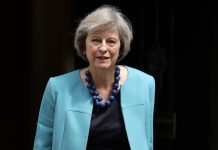 May dealt embarrassing Brexit defeat in House of Lords 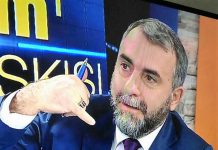