DHAKA U.S. Secretary of State John Kerry arrived in Bangladesh on Monday to discuss security cooperation after a series of killings by Islamist militants, as well as economic development and human rights.

Kerry will meet Prime Minister Sheikh Hasina, opposition and civic leaders during the one-day visit, his first to Bangladesh as secretary of state.

While security cooperation between the United States and Bangladesh is not new, the Bangladeshi government has insisted the latest attacks, including the recent killings at a cafe that targeted non-Muslims and foreigners, are the work of homegrown groups.

Washington believes the killings carry the hallmarks of Islamic State and al Qaeda, and worries that such attacks could drive away investment in a country fighting widespread poverty.

Islamic State claimed responsibility for the July 1 attack on the cafe in the capital Dhaka in which 22 people were killed, mostly non-Muslims and foreigners, including one American. It was the worst militant attack in the country’s history.

Bangladesh police believe that Jamaat-ul-Mujahideen Bangladesh, which has pledged allegiance to Islamic State, was involved in organizing that attack.

On Saturday, security forces killed three Islamist militants, including a Bangladeshi-born Canadian citizen called Tamim Ahmed Chowdhury who was accused of masterminding the assault on cafe.

“In the past several months there has been an intensification of the dialogue” on security, a senior State Department official said ahead of the visit.

“We are deepening that partnership and engaging with both civilian law enforcement bodies and with the military,” the official added.

Michael Kugelman of The Wilson Center, a Washington-based think tank, said the U.S administration has not paid enough attention to the growing terror threats in Bangladesh, which is now impacting Americans.

“It has arguably taken its eye off the ball even as this threat has begun to directly affect Americans,” he said.

“One of Kerry’s core intentions in Dhaka will simply be to emphasize the importance that the U.S. accords to security problems in Bangladesh, and Washington’s strong desire to help the government there address them,” he added. 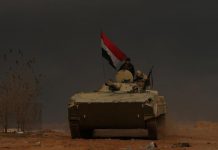 Iraqi forces close in on Tigris river in Mosul – military... 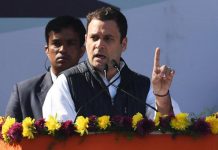 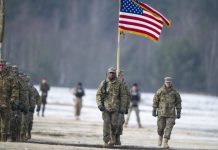 US to deploy 200 troops, Patriot missiles to Saudi Arabia 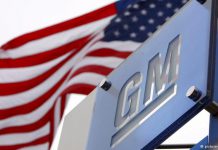