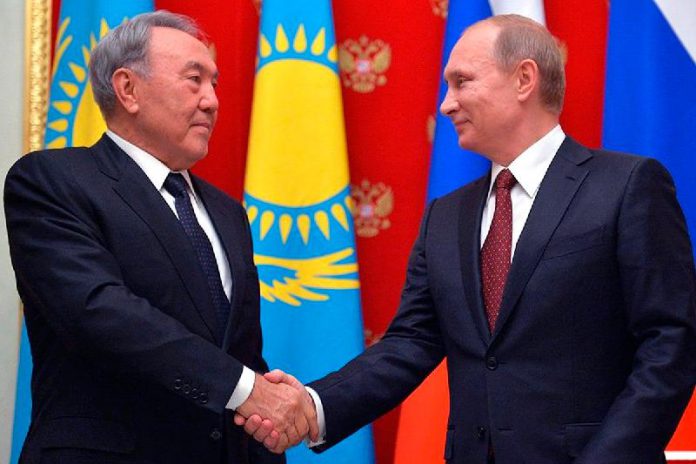 The move has triggered criticism but experts argue it will help the nation of 18 million Turkic-speaking people break away from Russia’s cultural and political influence, especially in light of Moscow invading Crimea in 2014.

A captive man is shackled, his head shaved, and a fresh, bloodied hide from a dead camel’s neck is placed around his head.

In a couple of days, the hide dries and shrinks either killing the captive or making him lose his memories and turning him into a ‘mankurt’, an obedient zombie slave.

The macabre figure from the lore of Central Asian nomads is used by their ex-Soviet descendants as a metaphor to describe those who forgot their mother tongue and culture because of a Soviet upbringing, centred on Russian language and literature.

But future generations of Kazakhs risk becoming mankurts when it comes to their own written culture after the President Nursultan Nazarbayev announced in October 2017 that the Turkic-speaking nation of 18 million would switch to a modified Latin script from the Russian Cyrillic alphabet by 2025.

“I am horrified by the switch,” Adil, a public school teacher in Almaty, Kazakhstan’s financial capital, said in an interview. He asked to withhold his last name fearing a dismissal, but said that most of his colleagues share his opinion.

Central Asian Turkic states used Arab script for almost a millennium, but secular Kazakh writings emerged after czarist Russia’s conquest in the second half of the 19th Century. Communist Moscow introduced a Latin script for Turkic languages before forcing a switch to Cyrillic in 1940. Kazakh literature thrived with the policy of free and universal public schooling and nearly 100 percent of Kazakhs became literate for the first time in their history.

“All of our literature is published in Cyrillic, and the switch will result in a generation cut off from their cultural roots,” said Adil, who taught Kazakh language and literature for 37 years. “What are you going to replace them with? Online chats and Facebook?”

Experts disagree, contending that the switch will help Westernise Kazakhstan and break it away from Russia’s cultural and political orbit, especially after the 2014 annexation of Crimea showed Moscow’s disregard for its ex-Soviet neighbours’ borders.

“A need in linguistic decolonisation emerged,” analyst Dossym Satpayev wrote in an op-ed published by the Kazakh Forbes magazine in February 2018. “Moreover, after Crimea’s annexation and Russia’s turn to very aggressive foreign policy, some Kazakhs started seeing Russia as an ideological rival, not as a partner.”

In August 2014, five months after Crimea’s annexation, Russian President Vladimir Putin enraged many Kazakhs by remarking that “Kazakhs never had any statehood”. Putin’s words followed a statement from nationalist leader Vladimir Zhirinovsky, who said Moscow should seek to “return” northern Kazakhstan to Russia, along the lines of Crimea. The industrialised region borders Russia and is dominated by ethnic Russians.

But Russia’s renewed imperialism coincided with a demographic trend that made ethnic Kazakhs a majority for the first time in the nation’s post-Soviet history. After the 1991 Soviet collapse, they constituted less than a half of Kazakhstan’s population, while the rest were Russians or Volga Germans, Koreans, Chechens and other ethnicities deported to Central Asia en masse in the Stalinist era.

Even though other Turkic-speaking Soviet republics, regions and ethnic groups suffered greatly during the Soviet era, Kazakhstan was hurt especially badly.

Communists made pastoralist nomads to settle down by confiscating their cattle and forcing them to work at collective farms, and an ensuing famine killed up to 40 percent of ethnic Kazakhs. Their intellectual elites were purged and a large swath of steppe was used for nuclear weapons tests.

“The natural way of national development was broken and alien forms of social structure were imposed,” Kazakhstan’s first and only Nazarbayev wrote in a 2017 article. “Kazakh language and culture were nearly lost.”

Scholars agree with him.

“In the Soviet era, we got ‘Russified’ so much that we have problems until today,” Erden Kazhibek, director of the Linguistics Institute in Almaty, told a scientific conference last September. “We’re so used to speaking two languages at once, but that is nonsense.”

As one of Russia’s most trusted allies, Nazarbayev balanced Moscow’s political and cultural clout with Chinese and Western investments, mostly in in Kazakhstan’s immense hydrocarbon reserves.

His attempts to introduce the Latin script date back to 2012, but he tried not to antagonise Kazakhstan’s ethnic minorities.

“The transition will in no way affect the rights of [Kazakh nationals] that speak Russian or other languages,” Nazarbayev said in televised remarks in 2017. “The status of Russian language’s use in Cyrillic will remain unchanged.”

Instead, he antagonised linguists and the public.

Nazarbayev rejected the initial version of the Latin alphabet with what he called “hooks or superficial dots”, referring to diacritics and umlauts, typical for Turkish, and instead backed a version with apostrophes. For example, the Kazakh word for “cherry” would be written “s’i’i’e” and pronounced she-ee-ye, although some words suddenly looked like Russian obscenities.

With the apostrophes widely ridiculed and criticised, and Nazarbayev – who usually tolerates no dissent and increasingly manifests autocratic proclivities – had to back down. A new system with diacritics and digraphs was introduced – and “cherry” would be written as “shie”.

Last September, Kazakh universities and schools started pilot studies in the new alphabet, and as of 2019 it will be taught in kindergartens and primary schools.

But even the staunchest proponents of the switch agree that it is troublesome.

Neighbouring Uzbekistan introduced Latin script in 1993, but the reform has not been fully implemented. Younger Uzbeks grew up reading textbooks in Latin script, but most of the publications are still in Cyrillic.

“I agree that the switch of alphabets is a very painful process with far-reaching consequences that include the loss of literary heritage,” Fahriddin Nizomov, a renowned Uzbek poet and translator, said in an interview. “Changing alphabets is bad, but considering Uzbekistan’s current situation we need to switch to the Latin [script] as soon as possible.”

In Turkmenistan, the process has also stalled, and only Azerbaijan’s switch was successful, thanks largely to the adoption of Turkey’s experience.

Despite all the odds, young Kazakhs are optimistic.

“It’s not like switching to the Arabic alphabet or Chinese characters,” Erlan Dossov, a 19-year-old university student from Almaty said in an interview. “They say that bilingual or trilingual people don’t suffer from senility. So, we’ll be a bi-alphabetical nation, it will only make us smarter.” 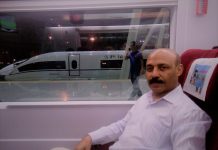 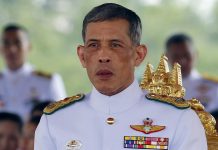 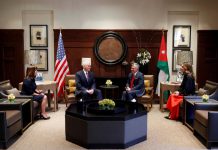 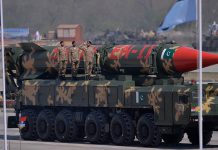