U.S. Vice President Mike Pence will meet with Japan’s Deputy Prime Minister Taro Aso on Tuesday, kicking off talks in Tokyo that the White House hopes will open doors in Japan for U.S.-made products and attract Japanese investment for infrastructure projects in the United States.

Tokyo is the second stop on Pence’s 10-day tour of Asia, a trip aimed at emphasizing that U.S. President Donald Trump wants to boost U.S. trade in the region even though he killed the 10-nation Trans-Pacific Partnership (TPP) trade pact shortly after taking office.

“We thought it was important, particularly post-withdrawal (from) TPP, to let the region know that we haven’t forgotten about them,” a White House economic policy adviser told reporters travelling with Pence.

Advocates for the TPP, negotiated by former President Barack Obama, said it would have dramatically reduced tariffs on U.S. goods and opened new markets. But U.S. labour interests argued it would hurt American workers and Trump said he could negotiate a better deal.

Trump campaigned for office on an “America First” platform, saying he would boost U.S. manufacturing jobs and shrink the country’s trade deficit with countries like Japan.

He also vowed to renegotiate existing trade deals to focus on bilateral agreements rather than regional ones. Even the Korea-U.S. trade agreement could come under scrutiny for “tweaks,” the adviser said.

Trump and Japanese Prime Minister Shinzo Abe agreed in February to have Pence and Aso open an economic dialogue.

The leaders are expected on Tuesday to agree on principles and a process for further detailed discussions between Japanese officials and the U.S. Commerce, Treasury, State and Agriculture Departments, as well as the U.S. Trade Representative, the adviser said.

But Pence and Aso are not expected to get into the details. Japan wants to avoid opening talks on a bilateral trade deal for fear of being pressured into opening up highly protected areas of its economy, such as agriculture.

Tuesday’s discussions will not prescribe a free-trade deal, though the talks eventually could lead to those kinds of negotiations, the White House adviser said.

“We ultimately want this to be about, how do we get more American products to Japan?” the adviser said.

Pence will meet Abe for a working lunch. They are expected to be joined by U.S. Commerce Secretary Wilbur Ross, in Tokyo for his own talks with Japanese Trade Minister Hiroshige Seko.

Pence developed ties with Japanese business and political leaders as governor of Indiana, a state that is home to Subaru (9778.T), Honda (7267.T) and Toyota (7203.T) plants, and about 260 Japanese companies in total employing about 60,000 residents.

“To some extent, we want to do for the United States what we did for Indiana,” the White House adviser said.

It is the top U.S. state for per-capita foreign direct investment from Japan, including higher-technology and better-paying manufacturing jobs, said Victor Smith, Pence’s commerce secretary, when he led the state.

“This is not your dingy lit, oil-on-the-floor manufacturing facilities. These are LED-lit, epoxy-sealed floors with robots everywhere,” Smith said in an interview.

The Trump administration wants to find more of that kind of foreign direct investment, and hopes to attract some with the $1 trillion plan to rebuild U.S. roads, bridges and other types of infrastructure.

That is a message Pence will take to upcoming stops this week in Jakarta and Sydney. While no immediate announcements are expected from Tokyo, the White House expects a “handful” of investment announcements while Pence is in Australia this weekend, the adviser said.

Pence will meet with business leaders at each of his stops, starting on Tuesday morning in Seoul. Those sessions are aimed at reassuring businesses that trade in the United States is worth their while.

“Part of the trip is the very big symbolism of listening,” the adviser said. “We’re not pivoting away from the region.”

I would not take decision to leave anyone stateless – Sajid... 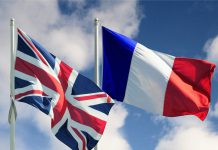 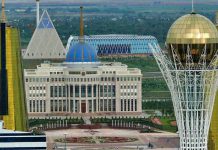