LONDON (Reuters) – British interior minister Sajid Javid said he would not take a decision that would leave anyone stateless, after Bangladesh said it would not accept a teenager stripped of her British citizenship after joining the Islamic State group.

The fate of Shamima Begum, who was found in a detention camp in Syria last week, has triggered a row over the ramifications of leaving a 19-year-old mother with a jihadist fighter’s child to fend for herself in a war zone.

She had pleaded to be brought back to her family in London but ITV news published a Feb. 19 letter from Javid’s department to her mother saying he had taken the decision to deprive Begum of her British citizenship on security grounds.

It is only possible to deprive someone of their British citizenship if they are eligible for citizenship elsewhere.

Media had reported Begum was eligible for Bangladeshi citizenship through her mother but on Wednesday Bangladesh’s foreign ministry said she was not a citizen and there was “no question” of her being allowed in to the country.

Asked whether that meant she would now retain her British citizenship, Javid told ITV late on Wednesday: “I’m not going to talk about an individual, but I can be clear on the point that I would not take a decision … that at the point the decision is taken would leave that individual stateless.” 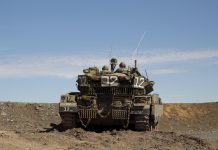 Israel says it will intensify response to Syrian fire 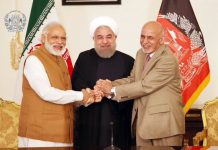 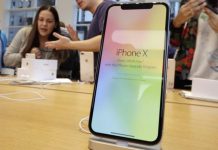 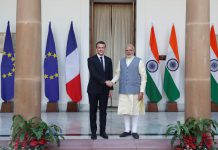 France, India sign deals worth $16B on first day of Macron...