As France went into lockdown starting in mid-March, protective face masks were hard to come by, especially for beleaguered medical staff needing basic protective equipment to look after thousands of patients struck by the coronavirus, as the number of people who have died from coronavirus infection in the country rose by 218 to 24,594 on Friday, while hospitalizations for the disease and people in the ICU continued to decline.

Now it seems the government has finally resolved the supply problems, with French supermarkets and pharmacies set to distribute masks running into the millions starting next Monday.

Secretary of state for the economy, Agnes Pannier-Runacher, said Friday that large supermarkets would have some 10 million masks on sale for the general public from next week and had “secured orders” for a continued supply.

France will from May 11 roll back some lockdown restrictions – but, for example, those using public transport and teachers will be obliged to wear masks from that date.

Yet with hospital workers having spent weeks chasing after sufficient personal protective equipment to treat virus sufferers, seven medical associations want to know how all these millions of masks have only materialized now.

In a joint statement, the associations stated their belief that the “war” on coronavirus had given the retail sector a chance to indulge in profiteering, given the high demand for masks.

“How will our patients, especially the most fragile ones, understand that what wasn’t to be found yesterday – when we were telling them they could not benefit from adapted protection – should emerge in great quantity today?”

Even a basic mask, such as single use versions now on offer with a ceiling price of less than one euro ($1.10) would have been welcome as “an essential” protective measure in the early days of the crisis.

Retail chains insist they are not profiteering with their industry federation stating they “are not and never have been in charge of the purchase and supply of masks for caregivers.”

In a statement, the federation said it was “dishonest” and unfair to try to blame retailers for supply shortages.

It added its members had handed over stocks of higher grade reusable masks to health professionals early on in the crisis and did not have “hidden stocks.”

To begin with, French authorities judged wearing a mask to be largely ineffective for the general public and given shortages in supply, the issue was seen as largely moot.

But that has changed in the face of a steadily mounting death toll now heading toward 25,000 and nearly 170,000 cases while the government has battled to secure supplies internationally.

At one point, Paris even accused the United States of swooping to buy a consignment France had ordered from Chinese suppliers – something Washington denied.

With at least a semblance of normal life set to resume from May 11 there is a clear need for more supplies.

Some local town halls in the Paris region meanwhile said Friday they will deliver reusable masks house to house next week.

France says it has already imported 500 million from China and by mid-May deliveries are set to surpass 150 million a week.

Prime Minister Edouard Philippe insisted this week insisted there will be enough to cover people’s needs from the May 11 target date. 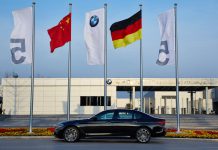 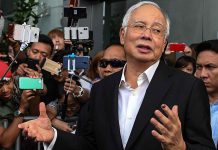 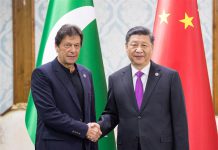