ATHENS, Feb. 8 (Xinhua) — European Commissioner for Economic and Financial Affairs Pierre Moscovici voiced optimism on Thursday over the issue of the Greek debt load and Greek economy’s course in the post-bailout era.

The European official started a two-day visit to Athens to discuss with Greek officials the next steps as the third Greek bailout since 2010 is in the final stretch to end this summer.

During a meeting with Greek President Prokopis Pavlopoulos, Moscovici talked about a moment of hope pointing to signs that Greece’s economy was recovering, according to an e-mailed press announcement by the Greek Presidency.

“I am very encouraged by the latest developments, by the reforms that have been implemented and by the progress made towards the conclusion of the third review,” the Commissioner said.

He noted that there are now two issues still pending that must be addressed in coming months: the post-bailout surveillance for Greece and the debt relief which still stands to about 180 percent of GDP.

“(The first issue is) what kind of post bailout surveillance, which will not be intrusive on behalf of European authorities, will allow Greeks to decide on their own a growth strategy for Greece,” Moscovici said.

“Also on the debt issue, I am optimistic that we will find solutions,” he underlined.

On his part, Pavlopoulos reiterated the need to replace austerity measures with policies for growth and social justice, as well as change European institutions to better tackle future challenges.

“We must implement policies for growth and social justice. It is about time now that we look into the changes that must be made in general so that the euro zone can move ahead in critical times for the European Union,” the Greek President said.

“These changes concern the Euro group itself, the transformation of the European Stability Mechanism (ESM) into a European Monetary Fund and changes which concern the tools the European Central Bank must have to deal with the looming generalized debt crisis which poses a grave danger on a global level,” he elaborated.

“Once again I would like you to know that we are with you in this effort. Greece supports you in this endeavor,” Pavlopoulos concluded.

During a separate meeting with the European official, Greek Prime Minister Alexis Tsipras also expressed confidence for the future.

“Now it is time to prepare our steps carefully because the next summer will be a historic landmark for Greece. After eight years, I think, that it is time to make plans and organize the next day,” the Greek PM said according to Greek national broadcaster ERT. 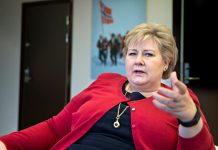 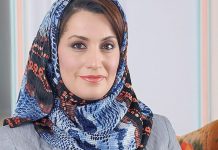 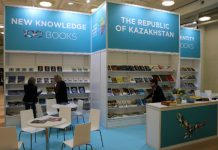 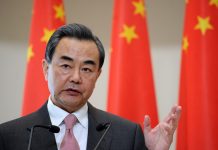