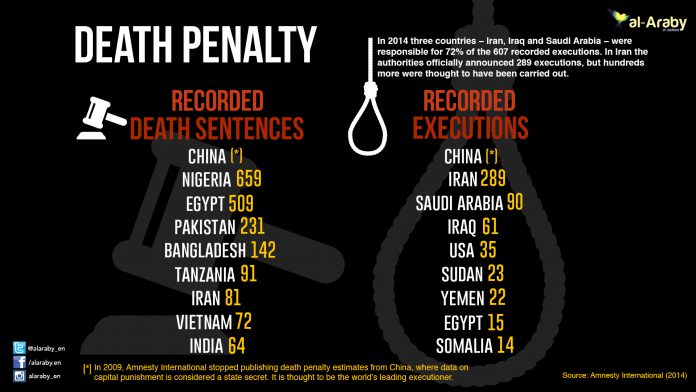 ISTANBUL, Turkey — Turkish President Recep Tayyip Erdogan said Saturday he expected parliament to approve restoring capital punishment after next month’s referendum in a move that could end Ankara’s bid to join the EU.

His remarks came as Ankara was locked in a bitter standoff with Europe after Germany and the Netherlands blocked Turkish ministers from campaigning for a ‘yes’ vote ahead of the April 16 referendum on expanding Erdogan’s powers.

The spat has seen Erdogan unleashing a volley of barbs against Berlin and The Hague, even likening Germany’s leaders to Nazis, in remarks which were on Saturday rubbished by Berlin’s top diplomat as “ludicrous”.

With the bitter standoff showing no sign of ending, his remarks on restoring the death penalty looked set to further strain relations.

Turkey completely abolished the death penalty in 2004 as part of its efforts to join the European Union and the bloc has made clear that any move to restore it would scupper Ankara’s already-embattled membership bid.

Erdogan raised the idea of bringing back the death penalty after the failed coup of July 15, suggesting it would bring justice to the families of the victims.

“I believe, God willing, that after the April 16 vote, parliament will do the necessary concerning your demands for capital punishment,” Erdogan said at a televised rally in the western city of Canakkale, his words greeted by loud cheers.

To become law, the bill would still need to be signed by the head of state. But Erdogan said he would sign it “without hesitation”.

‘Ignore Hans and George’
EU officials have repeatedly warned Turkey that restoring capital punishment would spell the end of its decades-long bid to join the bloc.

But Erdogan and his ministers have said they need to respond to popular demand for such a move to deal with the ringleaders of the coup.

The Turkish strongman said he did not care what Europe thought about such a move.

“What Hans and George say is not important for me,” he said, using two common European names. “What the people say, what the law says, that’s what is important for us,” he added.

Erdogan has repeatedly raised the idea that Turkey could restore capital punishment.

But this is the first time he has directly called on parliament to approve it after the referendum on constitutional change.

No judicial executions have taken place since October 25, 1984 when leftwing militant Hidir Aslan was hanged following the 1980 military coup.

After the measure was outlawed, the 1999 death sentence against Kurdish separatist leader Abdullah Ocalan — and others on death row — was commuted to life behind bars.

“You will not divert this nation from its path. On April 16, my nation will give the West the most beautiful response to its false behavior, God willing,” he added.

Analysts say Erdogan is happy to pick a fight with Europe in a drive for nationalist votes that could prove crucial in determining the outcome of what is expected to be a tight referendum.

He has particularly needled Germany and the Netherlands by saying their behavior was reminiscent of Nazi Germany.

Denouncing his remarks as “ludicrous”, German Foreign Minister Sigmar Gabriel also accused the Turkish leader of openly playing to the gallery ahead of the referendum.

“He needs an enemy for his election campaign: Turkey humiliated and the West arrogant,” Gabriel said in an interview with Der Spiegel magazine on Saturday.

“Turkey has tried on different levels to convince us of that fact, but they have not succeeded,” foreign intelligence service chief Bruno Kahl told Der Spiegel.

In the wake of the putsch, Ankara launched an unprecedented purge of alleged Gulen supporters, with some 43,000 people jailed and awaiting, or on, trial.

Kahl said that the coup was launched by “part of the military” who expected to be hit by a purge. CBB/rga 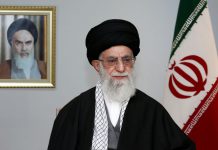 There will be no war with US, Iran’s Supreme Leader Khamenei... 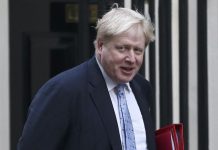 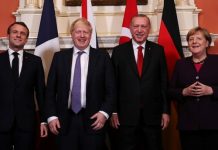 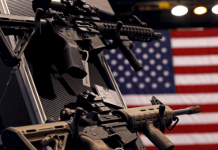