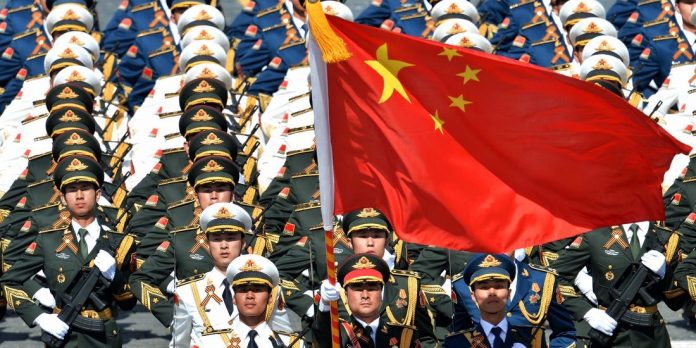 India-China tensions flared after the release of new satellite images which revealed the Chinese construction of a village along a disputed border shared by India and Bhutan, previously the site of months of military standoff.

Tensions were already high after India and China engaged in a bloody clash along another disputed border in the Himalayas earlier this year, leaving at least 20 soldiers dead. It marked the worst conflict between the two countries since they fought a war over the same territory in 1962.

The satellite imagery appears to show military-grade, hardened ammunition depots, 2.5 kilometres away from the strategic eastern periphery of the contested Doklam plateau near the border between Bhutan and China in the area.

Bhutan’s claimed border runs along the northern ridge of the strategic Doklam plateau, where a 73-day military standoff between India and China previously took place in 2017. China’s claim of the border includes the large majority of the Doklam area within its Chumbi Valley.

China’s Chumbi Valley, north of the contested Doklam plateau, and India’s Siliguri Corridor, to the south of Doklam, are deeply important strategic mountain chokepoints, critical to both India and China.

The Chumbi Valley has also been described as the single most strategically important piece of real estate in the entire Himalayan region. In essence, it gives China the ability to cut off India’s Siliguri corridor, a 24 kilometre wide corridor between Nepal and Bangladesh, often called the Chicken’s neck, which connects New Delhi to its North-Eastern states.

The Siliguri corridor is a major strategic vulnerability for India, remaining the only land bridge spanning its eight north-eastern states and the rest of its country. It’s no less important for Bhutan either, representing a main supply route into the country.

The new ammunition dumps, just 7 kilometres from the Doklam plateau, could indicate an enhanced level of military readiness by Chinese forces. In the mountainous, hardy Himalayan terrain, victories aren’t won through tank battles or conventional tactics, but by who arrives first, and who can hold out the longest. In such battles of attrition, resupply and logistics are a matter of life and death.

The elevated Doklam Plateau also affords a militarily advantageous view, making it desirable to both China and India.

If China maintains control of the ethnically-Tibetan Chumbi valley, and establishes control over Bhutan’s contested Doklam Plateau, it gains the advantage of being able to outflank heavy Indian defensive entrenchments aligned in the northeastern state of Sikkim against China’s Chumbi Valley, in addition to being able to cut off the previously mentioned Siliguri corridor.

This poses momentous implications for India. Chinese control of the Doklam plateau not only means losing the ability to mount a strategic counter offensive or defensive from the state of Sikkim, but also grants the People’s Liberation Army a launch pad for an offensive towards India-controlled Kalimpong, historically considered a rebellious thorn in the side of China’s Tibetan ambitions.

China’s build-up of positions reflects a tactic it has wielded to great effect in the South China sea, with the steady encroachments of artificial militarised islands that gave it de-facto control and a claim to sovereignty over territory contested by six other nations.

A September 2020 publication by STRATFOR, says that after the 2017 Doklam crisis, China’s objectives towards the region appear to have shifted, with China “more than doubling its total number of air bases, air defence positions and heliports near the Indian border over the past three years.”

India is largely limited in its response options, unless Bhutan officially makes a public request for support. As it stands, India’s treaty with Bhutan has no defensive clause.

Nonetheless, Bhutan is not responding well to the newly constructed ‘Pangda Village’. Bhutan’s ambassador to India, Major General Vetsop Namgyel, said “there is no Chinese village inside Bhutan.”

China’s Ministry of Foreign Affairs has rebuffed claims that it was built on Bhutan’s territory, stating that “China’s normal construction activities on its own territory are entirely within the scope of China’s sovereignty, and there is nothing wrong with it.”

China’s interests in the region may not necessarily be offensive, but rather intended to put more pressure on Bhutan to settle a long-standing bilateral border dispute.

While making no attempt to hide its claim to more territory in Bhutan, Beijing has revived an old land swap deal earlier this year that will likely require Bhutan to cede control of some of its territory to China in order to settle its dispute with the country.

“The boundary between China and Bhutan is yet to be demarcated, and the middle, eastern and western sections of the border are disputed,” Chinese Ministry of Foreign Affairs spokesperson Wang Wenbin said on July 21. “China has proposed a package solution to these disputes,” he added.

Bhutan has not accepted this proposal to date.

While China’s moves on the Doklam region may be motivated in part by larger strategic designs for Tibet, or to better position itself for the possibility of conflict with India, only time will determine whether it actually intends to pressure Bhutan into acquiescence.

UK was too slow to react to COVID-19 outbreak, professor says 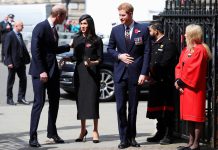