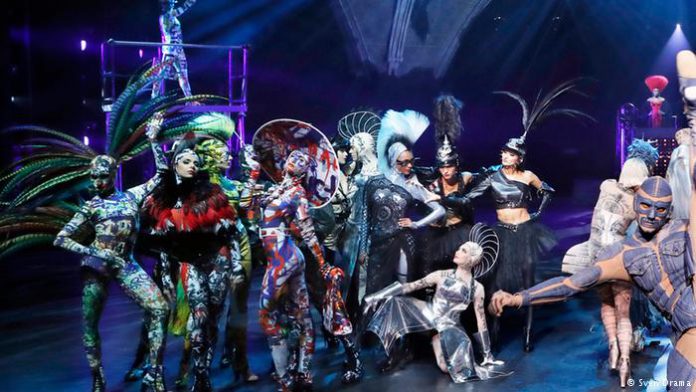 Fashion icon Jean Paul Gaultier takes his talents to the stage in Berlin by designing costumes for “The One.” The new revue show is the most expensive and highest-selling to date at the Friedrichstadt-Palast.

Shortly after that, Gaultier sat in the audience at Berlin’s Friedrichstadt-Palast theater, taking in a show filled with costumes created by fellow famous Frenchman Thierry Mugler and decided that such a performance had to be his next undertaking.

“I would simply love to design for one of the next Palast shows!” he told the theater’s director, Berndt Schmidt, and the rest – as they say – is history.

At a cost of 11 million euros ($12.3 million), “The One” is the most expensive show put on at Berlin’s 97-year-old theater, the Friedrichstadt-Palast. Even before its opening on October 6, 2016, the show has sold more tickets than any performance at the theater to date – and that includes cabarets featuring Marlene Dietrich during the Roaring 20s.

The costumes are typical of Gaultier, who has long designed for pop stars and celebrities, including those used by Madonna and her dancers during the “Blond Ambition” tour in 1990 and the unusually forward-thinking looks worn by the aliens in Luc Besson’s 1997 film, “The Fifth Element.”

In “The One,” Gaultier worked with a team of 55 at the Friedrichstadt-Palast to come up with unique designs best suited for a dramatic effect on stage.

He combines brilliant colors and Swarovski crystals with unique, exciting patterns that contrast with the darkened stage and reference Berlin’s infamous underground parties (including those at the nightclub Berghain). Glow-in-the-dark dervish-inspired dresses are adorned by dancers; acrobats take to the stage in barely-there bondage gear.

Click through the gallery above for more unusual designs from the production, because in the case of Gaultier’s costumes, seeing really is believing. 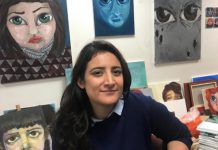 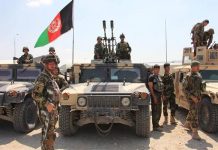